Out There: Oceans of Time is a space exploration roguelike that's coming to iOS and Android

Sequel to the acclaimed Out There

iOS + Android
| Out There: Oceans of Time

Out There: Oceans of Time is a sequel to 2014's Out There that looks to build upon the space exploration the first game did so well. It will be available on Apple and Android devices though you'll have to wait until Winter 2020 to get your hands on it.

The premise of Oceans of Time is that you're in a corner of the universe where other species really don't trust humans. And it seems like that's justified as you were tasked with transporting a deadly alien - called The Archon - to a prison where it promptly escaped. Now it's up to you to go and retrieve it.

As the game is still quite early in development there aren't a huge amount of screenshots floating about. However, there is a brief trailer – which you can see below – that shows a ship landing on a plant-filled planet that looks absolutely gorgeous with all its pinks, blues and purples. If every planet looks this nice, it'll certainly be a visual treat. 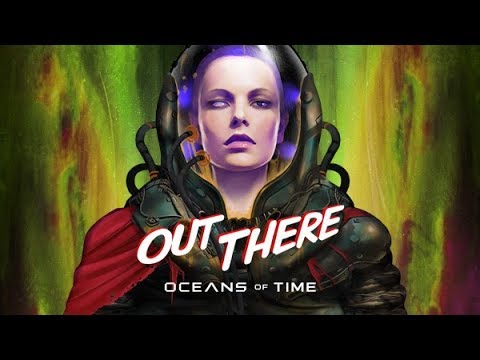 Much like its predecessor, Oceans of Time will be a roguelike whereby death is permanent and you'll have to start again in a newly generated universe. Whilst avoiding death's cold embrace you'll be meeting various species of aliens and trying your best to ally with them.

From there you'll be able to recruit these new species and take them aboard your ship. Some may join you on expeditions to planets with ancient cities or abandoned spaceships to hunt for resources to ensure your continued survival.

Out There: Oceans of Time will be available on Android and iOS. You'll have to wait for quite a while though as the developer says that it won't be out until Winter 2020. In the meantime, you could try out the original on the App Store and Google Play for under £4, we thought it was excellent.

Check out our news section to discover the latest, and greatest, games.
Next Up :
The Revolt: Massing is an upcoming RPG based on Hong Kong's Westward comics, now open for pre-registration