Organ Trail: Complete Edition brings the zombie adventure and all its expansions to PS Vita

There's so much of it

The Men Who Wear Too Many Hats (maybe the greatest studio name ever?) has announced that it's bringing Organ Trail: Complete Edition to PS Vita and PS4 on October 20th.

Unfortunately, this has only been confirmed for North America at the moment. There's no word of a European version but we wait in hope.

What this Complete Edition includes is the original, Gold Award-winning retro-style zombie survival adventure as well as its expansions.

To explain, the Endless Expansion adds, yep, an Endless mode. It also has new upgrades and more road events to discover. 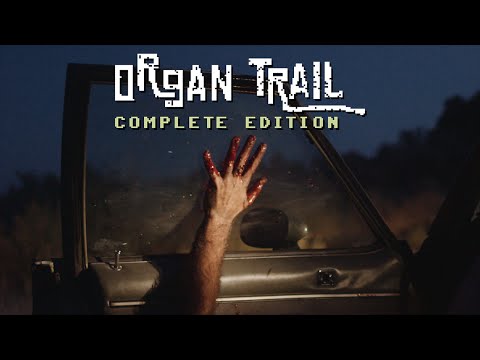 Subscribe to Pocket Gamer on
The new Final Cut Expansion is a lot bigger. It has drop-in co-op, twice as many cities, and new story and road encounters.

There are also new cars, characters, boss fights, and zombies. Plus, you can go fishing, get killed by radiation, and go on new missions and jobs.

Phew, that's most of it. You can check it against the full list on the Complete Edition's website.

So there you go, Americans, anticipate that. Us Europeans will just pray to the zombie gods it comes our way.