The Warriors games are something of a digital Marmite - you either love slashing up thousands of enemies in seemingly endless waves, or you hate the largely repetitive gameplay and prefer something a little more complex.

You might also have a similar feeling towards One Piece, a long-running manga and anime about pirates, treasure, and mystical fruit, which is now nigh-on impossible to get into without going right back to the start.

Yet somehow, One Piece: Pirate Warriors 3 Deluxe Edition marries these two things together into a truly mad, magnificent game which is open even to those who don't know the source material.

Pirate Warriors 3 sees you fighting your way through literally thousands of enemies in enormous battles, all taking place in stories from the One Piece universe.

There's a surprising amount of plot in the game, which is ostensibly about beating up as many people as possible. Even if you've never read One Piece before then you'll easily pick up the story, its characters, and everything else as you go.

Your task in each mission is to defeat enemies, take bases, and ultimately defeat the final boss. There's usually a few different objectives thrown at you, but the basic thrust is to punch, kick, or slash up everything you see until it's dead.

You can throw down basic combos by hammering the Y button, and chuck in some extra finishers with the X button. Very rarely, you might find yourself needing to dodge with B. 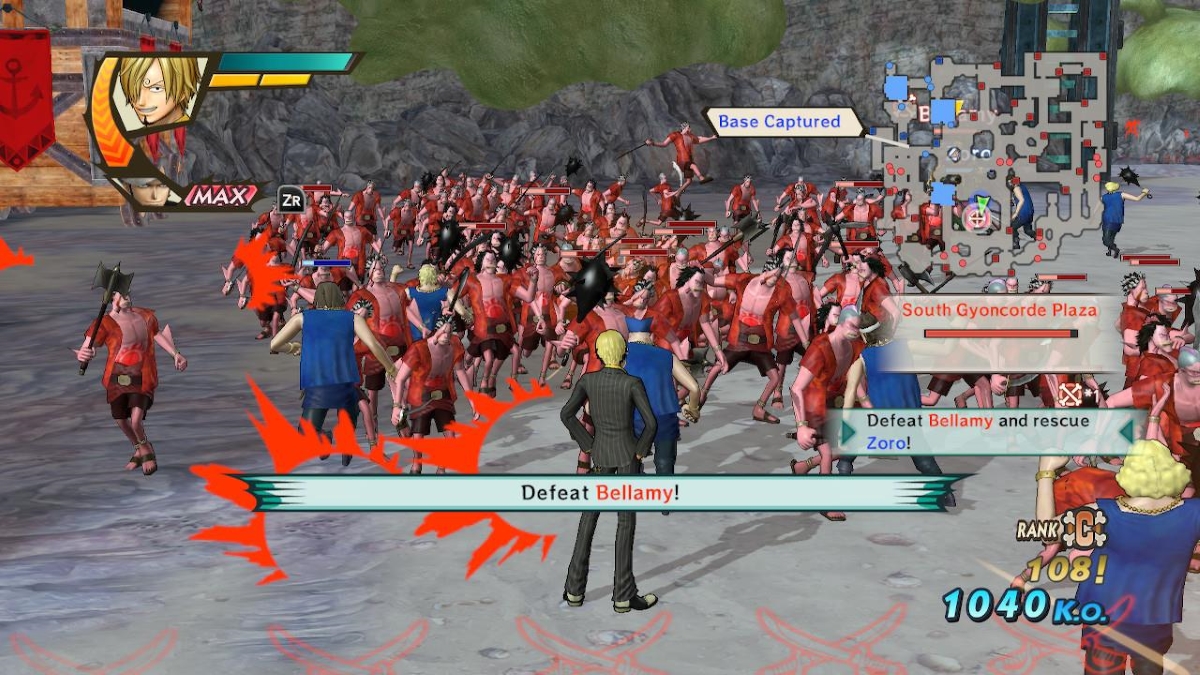 Defeating enemies builds up two different special meters, both of which can be burned for devastating attacks which can wipe out over one hundred enemies in one shot.

One of these is the Kizuna Gauge, which allows you to summon one of your allies for a finishing move once it's levelled up.

Max it out and you enter a Kizuna Rush, which ups your attack damage for a short time and gives you a chance to use an incredibly powerful special attack using your entire team.

It never really gets more complex than that. You need to level up your characters and assign coins to them to unlock new moves and improve their stats, but most of this can be done automatically if you just want to focus on the punching.

And that's no bad thing. Combat in Pirate Warriors 3 may be simplistic, but the sheer numbers of enemies make every encounter feel completely badass, and the absurd body count just adds to the fun.

Alright, break it up

The problem is that the game likes to get in its own way to tell its story. You're frequently thrown out of the action into a comic-style cutscene to explain what's going on, and you're actively encouraged to find more of these cutscenes for so called Treasure Events.

They're just a little too lengthy and a little too frequent. They end up breaking the flow of the game too much while offering little in the way of plot - most of what is said could be handled with dialogue in combat.

That said, they do provide some respite to what can become quite monotonous gameplay. As you may have surmised, there's really not much to the game beyond beating up a ton of low-level enemies and the occasional boss fight. 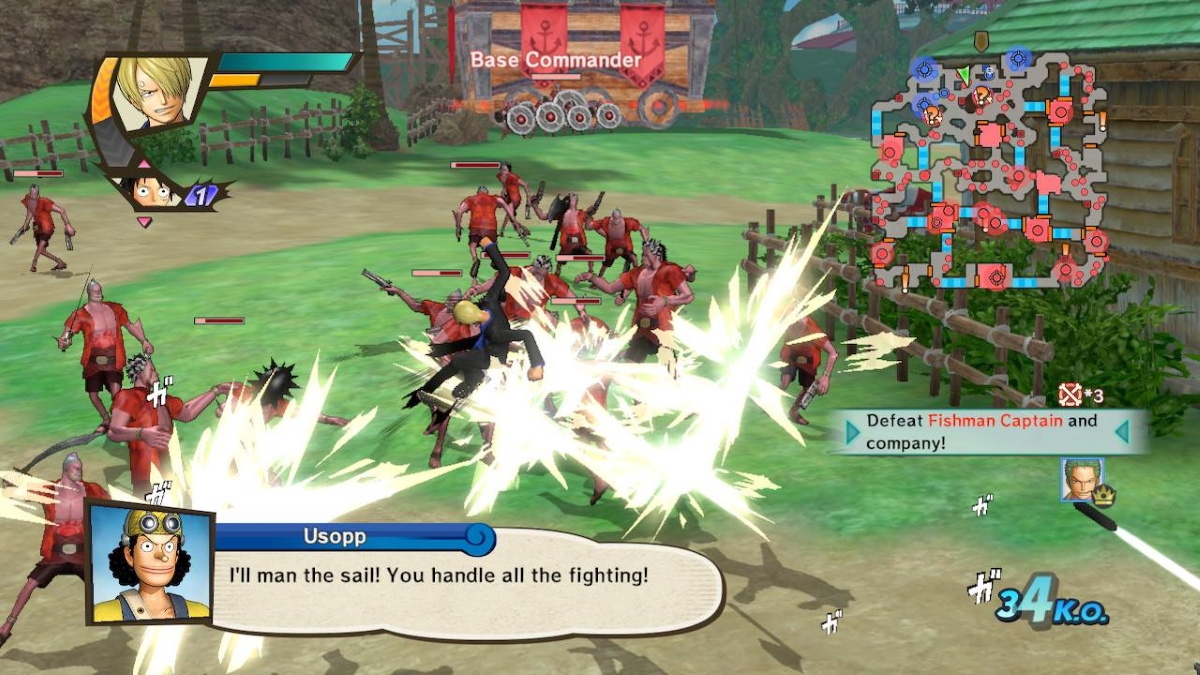 There's a few different modes to try - Free Log lets you tackle the story missions with a character of your choosing, while Dream Log offers semi-randomised battles with a variety of opponents and objectives - but they all play basically the same way.

Still, if punching hundreds of people every minute is your thing, this is the game to do it in. On Switch, Pirate Warriors 3 comes with a ton of DLC, so you're never short of a weird new costume to try out on your vast number of characters.

It also looks and plays just as well in handheld mode as it does plugged in, with no noticeable dip in quality and, more importantly, enemy numbers. You'll still be seeing the same absurd number of enemies no matter how you play.

One Piece: Pirate Warriors 3 Deluxe Edition is over-the-top action at its finest, and a great entry point to the One Piece anime
Next Up :
Hundred Days review - "A success for the management genre"