Surreal, psychological horror game Omori was successfully Kickstarted in 2014. In fact, it raised enough money to warrant a 3DS port by crossing the $180,000 stretch goal.

A few days ago, the game's website was updated which, thankfully, re-confirmed that the game will be coming to 3DS, as well as PC.

The only bad news is that it won't be finished until 2016 now. So, while we're waiting, there's some time to catch up on the appeal of this strange RPG Maker game.

In it, you play as Omori, a "depressed otaku." Omori is the creation of artist Omocat, and the game details the strange story that surrounds this character, while letting us venture into their world.

It takes place across two worlds that, it is said, conceal the same secrets. One of them is the White Space that Omori exists in - a small borderless room where Omori is often depressed, on the laptop, playing with the black cat. 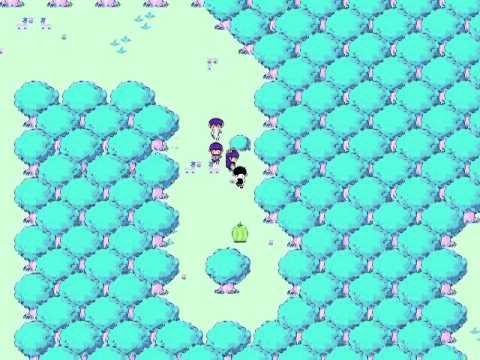 The other world seems to be much more colourful. As you travel between both worlds, you meet friends and enemies, explore Omori's memories, and uncover hidden truths.

There are over 60 townsfolk to meet, eight dungeons to explore, and you'll be able to choose your gender, and name your party.

Being a horror game, the turn-based battle system is based on human emotions and conditions.

Also of note that this is a surreal horror rather than a jump scare type of horror. Expect to be unsettled. Oh, and there will be multiple endings to discover, too.

You can find out more about Omori on its website. But, as said, you'll have to wait until 2016 to play it on your 3DS.