North Star Games has released Oceans Lite, a digital adaptation of the species building tabletop strategy Oceans. It’s out today as a free download on Android and iOS devices.

Oceans originally released this year after a massively successful Kickstarter campaign that raised over $750K. In it you have to survive in an ever-changing ecosystem by crafting species of animals, featuring an array of cards which determine the traits of these animals and how they evolve to survive and thrive in the harsh underwater environment.

The randomly selected Scenario cards also change the seascape of each playthrough, ensuring that every time you sit down to play you’re offered a new experience. As you combine the various traits, which are rooted in science, you face these challenges by developing symbiotic relationships or evolve carnivorous traits to feast on your foes. Your ultimate goal being to become the most successful species to rule the seas. 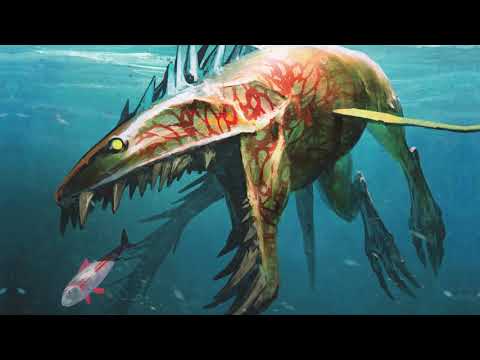 Oceans Lite adapts that into digital form by introducing new players to the strategies of Oceans and giving veterans a chance to sharpen their skills. It’s built for one or two players, and implements many of the tabletop game’s features as you learn while you play in either the solo vs AI mode or a “pass-and-play” mode where you go head to head against a friend.

For significant replayability, the game includes 20 Deep cards and four Scenario cards, offering a taste of the full game’s millions of unique species and environment combinations. Additional packs of cards are available for purchase, allowing for more diversity in your playthroughs.

“We’re thrilled to share Oceans Lite with gamers worldwide and bring Oceans to an even wider audience,” said Scott Rencher from North Star Digital Studios. “This free implementation makes one of the most exciting board game releases this year much more accessible, letting new players try the game and giving fans of the game the ability to hone their skills.”

You can download Oceans Lite from the iOS App Store or Google Play for Android. It’s a free to play game with in-app purchases.

Check out some more digital board games with a list we've put together for you.
Next Up :
Fortnite v21.20 update brings New Indiana Jones skin set, Charge SMG, and more