Not Chess, the strategic puzzler, is out today for iOS

It’s a puzzle game of chess, but it has a twist. You start with a single piece, with other pieces positioned across the board in strategic places. When you manage to capture an enemy chess piece, you instead become that piece and inherit its movement and abilities while also sacrificing the moveset of the piece that came before. You can complete the level by collecting a coin that is located somewhere on the board.

So it’s not as straightforward as traditional chess, but instead feels like the perfect Frankensteinian creation to blend a centuries old board game with the modern mindset of a strategy games developer. Tepes has created the game to appeal to both new chess players and grandmasters in a fun, interactive way. 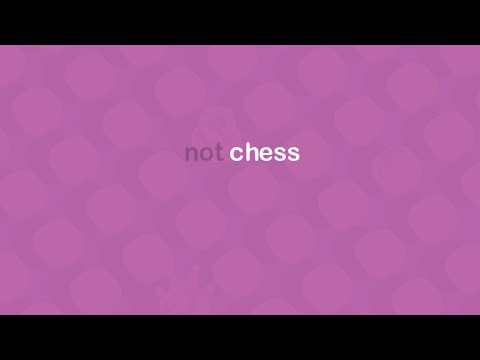 Some of the levels have a higher challenge, which require careful planning and strategy as do all chess matches. If it’s proving difficult, you can also adjust the difficulty level to adjust how many moves you can make as well as the time limit in which to beat the stage.

You might be familiar with Ovidiu Tepes’ earlier work, which includes mobile games such as Vestigium, which was an App Store Game of the Day when it released, Cessabit, a finalist of the Google Play Indie Game Festival, and ½ Halfway which was featured in the Indie Corner Feature of Google Play.

Not Chess is optimised for all devices, and for the folk who love to game on the go it doesn’t require an internet connection. There’s also no adverts or in-app purchases. You can grab it now from the iOS App Store for $1.99.

Read about more great puzzle games you can play on iOS now with this handy list we've put together.
Next Up :
Gwent The Witcher Card Game’s new expansion, Way of the Witcher, is out today

Strategic puzzler Not Chess up for preorder on iOS