A world of cardboard creations

Nintendo just came out with the Labo for Switch, and already people are taking the Toy-Con Garage mode and coming up with some amazing creations of their own. Here's a few of the coolest inventions we've seen so far:

This user programmed the console to be a working clock, complete with alarm. The screen you see at the start is the program, and you can see the result – and the alarm sound – towards the end.


Someone on the Labo Reddit has already pointed out that the motorbike model makes an excellent stand for gaming with the Switch in bed. 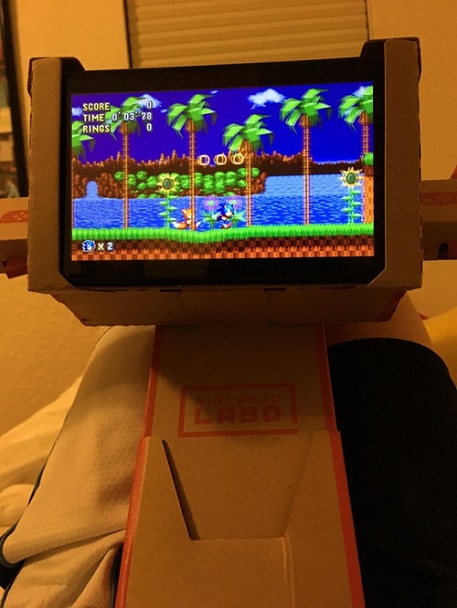 Another user created a beautiful diorama, using the console as an interactive backdrop to make stars shoot across a night sky.


How about making your own game? This example shows the Joy-Con being used as a sensor, allowing the player to keep score as cards are thrown in.

Also in the category of an original game, here's a rhythm game played with drums and the sound of... meowing cats?

Intrepid creators are making use of the RC car module within the kit to stage their own robot wars (and power coups):


And last but not least, my personal favorite is another rhythm game, but this one has a surprise at the end:


Have you been forging your own robot empire, or creating your own game with your Labo? Share with us in the comments!
Next Up :
Growtopia: Everything you need to know about the massive UbiWeek crossover event