Nintendo finally did it - after numerous rumours and patent filings, the company is bringing a new Labo kit that provides players with a simple VR headset.

Dubbed the Nintendo Labo: VR Kit, it looks a lot like Google's Cardboard headsets, since a) it's made out of cardboard and b) it has to be held in place by the user, rather than being strapped onto their face. Presumably so it's safer to use with children.

Included with the VR headset are the Toy-Con Blaster, Toy-Con Camera, Toy-Con Bird, Toy-Con Wind Pedal and Toy-Con Elephant, none of which have been properly detailed at this point. All we know is that they'll land on April 12th - we don't even have a price yet.

This kit comes in two flavours - either the full Labo VR Kit with the above Toy-Cons included, or a Starter Kit which comes with the goggles and Toy-Con Blaster. You can then pick up the rest of the Toy-Cons as expansion sets if you then enjoy your experience and want a bit more.

And coding fans can rejoice, as the Toy-Con Garage will also return, allowing you to mess with the included Toy-Cons and make your own VR experiences. That's probably worth the price of admission alone. 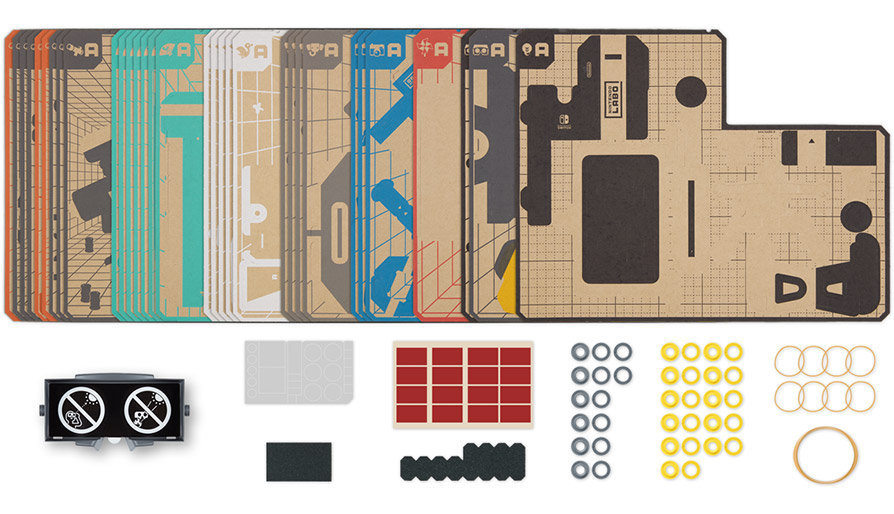 Now, on the face of it, this isn't hugely exciting to me. VR is a bit old-hat these days, and while Nintendo's Toy-Con additions to the goggles look like they'll add some extra dimensions of interactivity, it's doubtful that these experiences will provide anything particularly new or exciting.

That said, Nintendo does have a way of making relatively mundane activities a lot of fun with its cardboard peripherals. We absolutely loved the Vehicle Kit, and that was just a set of steering wheels and joysticks. Plus, coding your own VR experiences? Now that's pretty killer.

The Nintendo Labo: VR Kit hits stores on April 12th, and we'll have more info (like a price for starters) closer to the time. We'll also hopefully get our hands on it too, so keep your eyes peeled for all that and more in the coming month or so.