I love a good conspiracy theory. Don't you?

If so, you may want to keep an eye on Ninja Time Pirates from LucasArts veterans HappyGiant.

It's a squad-based shooter for iOS that should go live on the App Store on April 9th. And it features just about every famous conspiracy theory there is.

The Philadelphia Experiment, Roswell, the Great Pyramids, Easter Island, Project Montauk, Men in Black, Aliens, Nikola Tesla... you name it, this game's got it.

HappyGiant hasn't divulged all the details about the game's time-travelling plot, mind. We do know, however, that the story starts sometime after World War II, and involves rounding up the Time Guardians so they can battle for Earth's future.

These guardians include George Washington, Ben Franklin, Cleopatra, Shaka Zulu, and other historical figures. All of whom are armed to the teeth, apparently. 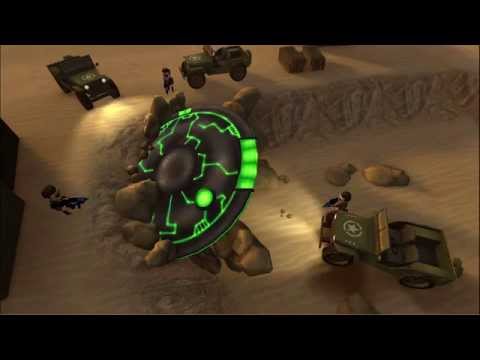 Each member of the squad has an upgradable special power, too. George Washington has "Cherry Bombs", Eric the Red touts a "Laser Axe", and Ben Franklin wields "Kite-ning".

The 25-mission-strong (with more in updates) Story Mode of Ninja Time Pirates is ably complemented by Time Raids.

This is a cross-platform multiplayer battle mode across iOS and PC. Each side forms a base and uses its squads to raid the enemy.

Ninja Time Pirates will be a free-to-play title, and will surface on iOS on April 9th. It will be available on Steam for PC after passing through Greenlight.

You can find more information about Ninja Time Pirates on its website.