Night of the Full Moon: Tips to help you in this story-driven card battler

No Big Bad Wolves scare this Girl, but she really needs to make the best of out these tips

Night of the Full Moon is a unique card battler. What makes it so different is that it combines story elements along with its battles. Not only does it tell a story, but it changes one of the most classic stories of all time in Little Red Riding Hood.

Instead of the usual incarnations of the iconic character's tale, the girl with the red hood is a fighter and is willing to do whatever it takes to save her grandmother. What's neat is that you can sort of forge your own path and choose who you want to battle.

Also, the game features a beautiful art design that really pops with vibrant colours. So not only is it a fun game to play but you have some breathtaking art to immerse yourself into also. Even if you aren't really into card battlers, you might appreciate NOTFM. Here are a few tips to kick you off. 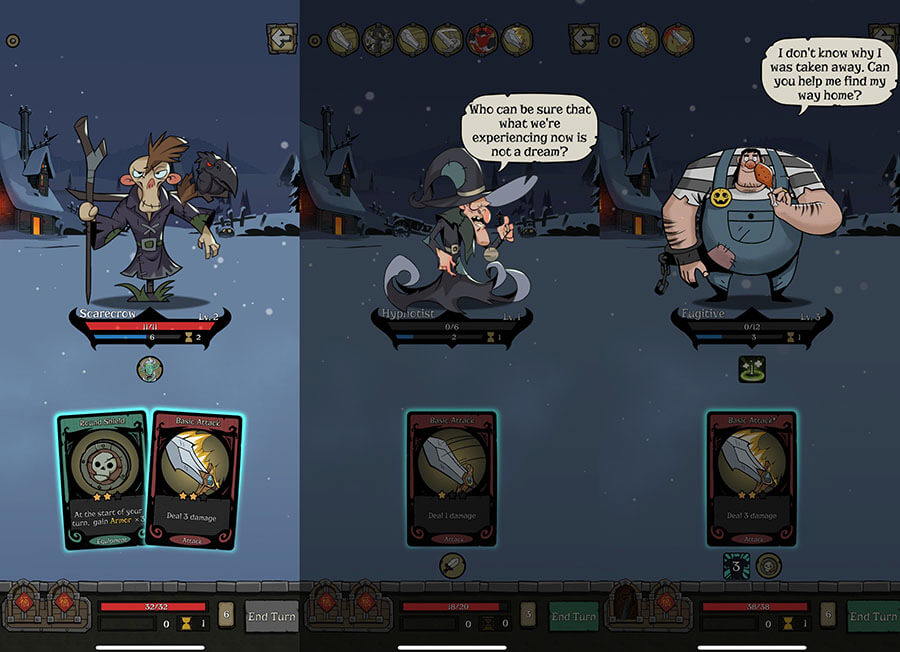 It's not a be all end all situation as you can always restart your adventure, but it's a good idea to choose a proper class for Little Red Riding Hood. This is a cool aspect of the game as you can make her a knight, archer, or magician among several other classes.

The reason why you want to put a little thought into class choice is that each one has its own level of difficulty in terms of handling and the amount of damage and defense they have. Starting out, being a knight or archer is the easiest option. Almost every other class is at the highest difficulty.

Some of these are also locked and you will need to purchase them to grab them. You can get them all in a package or buy them individually for 99 cents. So, if you feel like you don't want to take a chance with a higher class you can start easier. However, if you think you can roll with the others then go for it. Perhaps they may suit your style more.

So, one other thing that makes Night of the Full Moon pretty interesting is that you can pretty much carve your own path. You'll be presented with three cards. Two of them are usually enemies, while the third is typically a place to buy goods or something like treasure chests.

When battling enemies, decide who you want to take on first. Some enemies may have larger health pools than others, so perhaps you want to take down the easier one first if you want to. When you beat an enemy, their card will be replaced by something else such as rewards for winning.

This isn't everything, but picking the battles that you feel you'll have a better advantage in is not such a bad idea. Although NOTFM is a story-driven adventure, it's still a card battler, and games of this genre require some kind of strategy and approach.

Tip #3 - Feel Free to Be Aggressive Early On

Early in your Night of the Full Moon adventures, you'll notice that enemies are fairly weak. Take advantage of this and tear them to shreds with your best cards. This will ensure that your foe will be dead quickly or at least close to being dead.

Later on, you may need to change things up but in the early run, feel free to let them feel your wrath. You also might need to keep your class in mind. With lower-difficulty classes, it should make things that much easier as harder classes may have more sophisticated styles.

This doesn't mean you can't destroy foes early with harder difficulty classes, but just keep that in mind and remember our first tip and feel free to experiment a little bit. But, no matter what class you choose, knocking out the early enemies should be a breeze if you go in. As mentioned, just be wary when you start facing tougher challenges.