Put your lights on

Atari's Night Driver is a properly old game which had you driving on a pitch-black road, avoiding cars and staying on the road with little more than some white "lights" to keep you on track.

Fast-forward 40 years (40!) and the publisher has decided to take another crack at the retro game, with a shiny new mobile version of Night Driver.

Its had a fresh lick of paint, and there's some new control schemes to contend with now that you're using a touchscreen but based on our brief time with it at GDC, it should satisfy any cravings you may have for a super-retro arcade racer.

The new edition of Night Driver is keeping things fairly close to the original, mostly in its arcade feel and ease of access.

The objective is still the same – steer your car around a night road, avoiding traffic and making sure you don't accidentally smack into the walls on your way.

You do this by holding a thumb or finger on the screen to accelerate, and moving it left and right to steer in the corresponding direction. 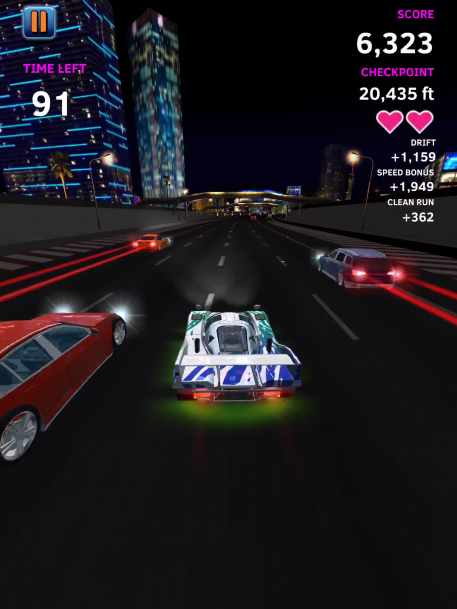 If you want to get fancy, you can pull down on the screen to start drifting, which can help navigate trickier corners but also makes steering a little harder, opening you up to more crash possibilities.

It's one of those easy to pick up, difficult to master deals, and you're probably going to ding your car up a bit when you first play. But with practice, you'll no doubt be able to fly through courses with no trouble.

There's plenty of reasons to come back, too. Each track is procedurally generated, so no two runs will be the same, and there's a bunch of different environments to drive around if you grow tired of the neon lights.

You can also unlock new cars to play with – eight in total – and upgrade them to improve their cornering, speed, and so on to help you rack up even better scores. 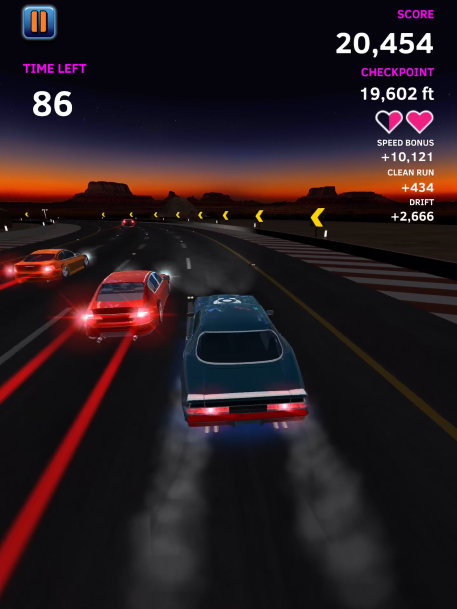 Should endless driving not be your bag, there's a challenge mode to get stuck into, which offers short objective-based runs instead of the open road.

Or, if you're a real Night Driver purist, there's a Classic mode which gives you nothing but your car and the old white lights from the original game as your guides.

It's a neat addition to an already fun package, but Atari isn't just giving it away – like the arcade days, you'll need to buy tokens to play the mode, but you can just use in-game coins you earn from regular play to pick some up.

But hey, you're sure to earn more than your fair share of coins playing the regular game, and it looks decent enough that you'll sink a few runs into it each time you fire Night Driver up.

It's already in soft launch in Canada, but the game is due to launch worldwide "soon", so we'll have some fuller opinions of it later this year.