Ellada Games’ 2D survival game Niffelheim is officially available on Google Play now. Niffelheim entered Early Access in 2016 for PC, with an official release in 2018 on Steam and GOG. PlayStation 4, Xbox One and Nintendo Switch received an opportunity to enjoy the game in 2019 and the game launched on the App Store back in May. Three years after the game’s original release, Android users can now enjoy their time in the Norse world. Check out the trailer for the game below: 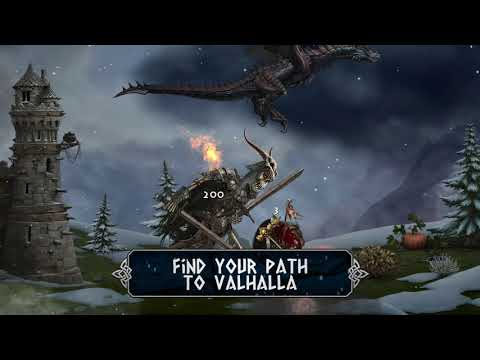 Niffelheim is set in the cold world of Scandinavian legends, where you take on the role of a daring Viking who lost his life in battle. This isn’t the end in Norse mythology, because after death, worthy souls move to Valhalla where they enjoy feasting alongside the mighty Odin. Unfortunately, our Viking ends up in Niffelheim instead of the Allfather’s abode.

And so, the game begins. Players must aid the Viking through his journey through the dark world of Niffelheim to the sprawling Asgard. Your journey will not be easy. To survive this devious world, you must construct a massive fortress to protect you from whatever comes your way. Wave after wave of monstrous fiends will come your way and try to destroy the fortress, but you must hold them off. Resources are worth their weight in gold. You will be forced to scour the darkest of dungeons in search of them. Numerous mighty bosses stand between you and Asgard as well, so be prepared to fight anything and everything.

With stunning visuals and a unique atmosphere, Niffelheim promises to offer a comfortable gaming experience on mobile. It also features a user-friendly interface, easy to learn controls and fun but challenging gameplay.

iOS users can download Niffelheim from the App Store and Android users finally can do the same on Google Play. The game is available at a premium of $7.99.

Also, check out the top survival games to play on mobile!
Next Up :
Myst Mobile, a new and improved 3D remake of the legendary 1993 puzzler, is due out sometime in the future on iOS