Ni no Kuni: Cross Worlds launches on May 25th, with pre-registration rewards up for grabs for early birds

Netmarble has officially announced the worldwide launch date of Ni no Kuni: Cross Worlds, its highly anticipated mobile RPG on iOS and Android. As the latest game in the popular Ni no Kuni franchise, the vibrant title features a brand new story along with distinct aesthetics that take inspiration from Studio Ghibli. 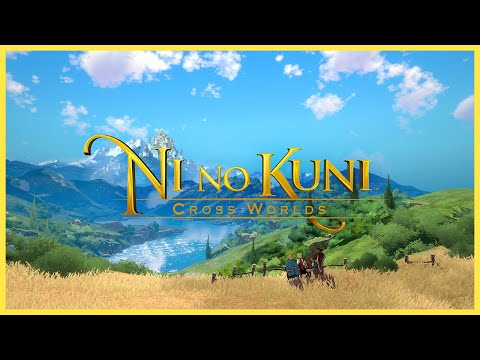 In Ni no Kuni: Cross Worlds, players can expect to meet a new cast of characters across magical lands and varied kingdoms. There are five playable classes to choose from - the Swordsman, the Witch, the Rogue, the Engineer and the Destroyer - each with their own unique appearances that players can customise to suit their tastes best.

The game boasts a lush open-world environment rendered in the Unreal 4 Engine, as well as adorable Familiars players can collect to aid them in battle. Players can also build their own farms to take a break from all the action-packed real-time combat, or ride whimsical mounts across the breathtaking landscape.

If you're eager to give the game a go, you can pre-register for the game on the iOS App Store to score the Explorer Outfit when the game officially launches on May 25th. On the other hand, players who sign-up via Discord can acquire the Catarumpus Hat and a Special Title at launch.

Ni no Kuni: Cross Worlds beginner's guide: tips and tricks to get you started