We're not sure who actually asked for Ingress: The Animation, however not only is it a thing, but it's also available on Netflix right now and it looks pretty good.

Niantic's Ingress is well known as the forerunner to Pokemon Go. It launched years previous, back in 2014, and even saw an edgy reboot in 2018 as Ingress Prime. It runs on similar area capture logic as Pokemon Go, but instead has 'portals' which capture triangulated zones rather than Pokemon gyms. Placing Pokemon into these gyms is replaced with resonators. It's about hacking and claiming areas from a rival faction, something I'm informed is vastly more 'adult' than going around beating up and enslaving animals.

Ingress: The Animation both ties into and adds to the lore of the augmented-reality mobile game. It follows characters Sarah and Makoto who, through over-exposure to XM ((e)Xotic Matter), have developed abilities allowing them to perceive the world in different ways. Naturally there's some ne'er-do-wells about and said ne'er-do-wells happen to be multi-millionaires who have near infinite resources, as villains often end up with. This tricky situation subsequently leads to an elaborate series of escapes and counter-attacks, all in an effort to save the world from sinister man with lots of money. It's pretty pulpy, to say the least, but that's not really a bad thing in an age action movie renaissance and pulpy superhero flicks.

You can find the trailer below. Much like the 21st century it starts out feeling pretty mundane but descends into a hot mess of guns, greedy millionaires, explosions and everybody playing about with their phones. 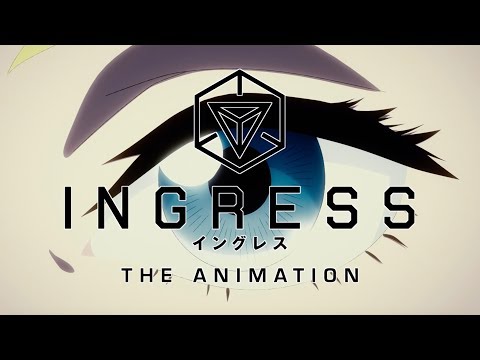 Ingress: The Animation is available right now through Netflix, so you can watch that on the same device you're normally off saving the world with.

For more mobile gaming news check out our news section.
Next Up :
Pokemon Go and Amazon Prime Gaming's latest rewards bundle is now available and it features a mysterious reward