Three more third-party titles are confirmed for the Nintendo Switch

As the weeks crawl slowly past until the Nintendo Switch's release date, we've got another few games to add to the list of upcoming third party titles.


World of Goo, Little Inferno, and Human Resource Machine have all joined the pack, Tomorrow Corporation announced in its latest blog post (via its Twitter). All available in one, big bundle, the newest generation of players will shortly be able to play three iconic indie titles in whatever way they see fit.

This isn't all Switch players will be getting, however, as TC announced on their blog: "And for the first time ever, all three games will come bundled with their full original soundtracks. Tomorrow Corporationâ€™s intrepid interns have created a new Soundtrack Mode, where players can explore Kyle Gablerâ€™s wonderfully bizarre music in this special mode, available only on Nintendo Switch."

Though the games have been announced, it appears that they're going to be release day titles. Two images circulating the web don't make it 100% as one says 'Coming March 3rd' and the most recent on its blog says 'Available soon'. I guess we'll have to wait and see. 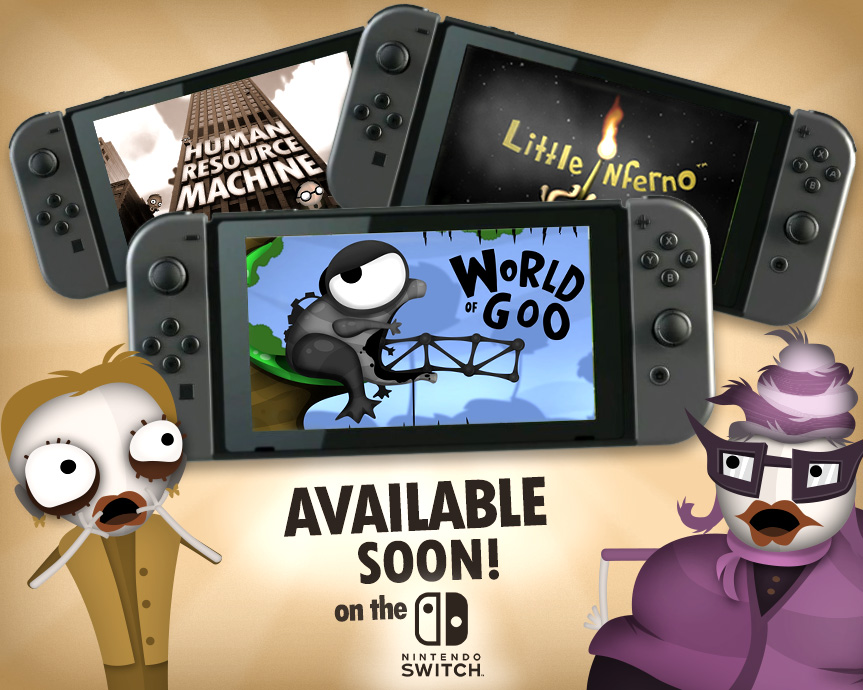