Woah, it appears to be the weekend once again, and that means it's time to chill with some cool free games.

Because no one wants to spend cash if you don't need to, right?

We have five free games below, all of which are compatible for iPad and iPhone, and there's one for Android too.

Like last time, and the time before that, links, pictures, and my brief impressions of each are supplied. Can't beat a free game, especially if it's a good one.

Apart from it causing me to say "rotato, potato, rotato" over and over in my head, Rotato has occupied many scattered minutes of my week.

You control a small turquoise shape that sits on the outer rim of a spinning purple circle. Your mission? Collect coins while dodging the red spiky shapes.

Taping the screen causes the shape to dart towards the circle's centre, so you have to judge your timing right if you want to survive. Collect the stars for a special treat.

It's a game that keeps you coming back for a couple of minutes every now and then. 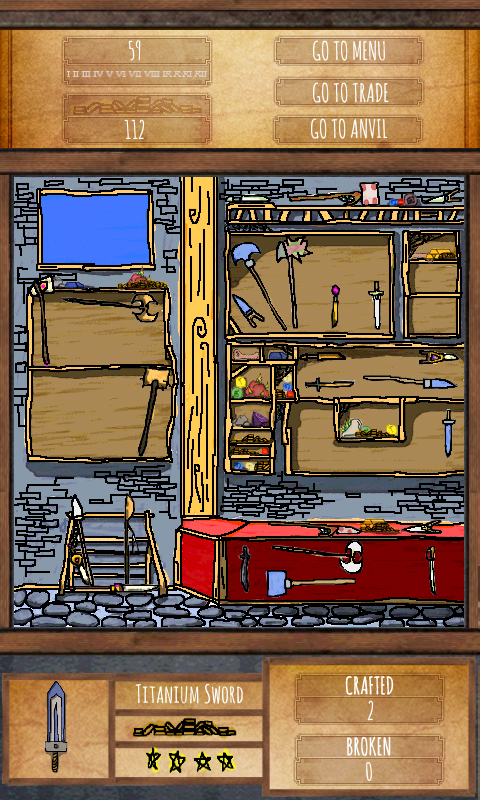 Why play your normal RPG inside a traditional fantasy land, when you can be the faithful and always very handy blacksmith?

Blacksmith is a casual resource management game that involves trying to craft as many weapons, armor, and arrows for the heroes passing by as you can while remaining profitable.

You'll have to head into town to purchase your resources, shopping around for the best deals. Once done, it's time to put the hammer to the anvil and bash out some weapons.

Upgrade your skills for different types and materials that sell better, just watch out you don't break them and waste resources.

Draw The Line (also on Android)

I'm quite fond of games that make use of the free-hand drawing capabilities a touchscreen grants you. Draw The Line supplies 120 themed puzzles that you solve on a chalkboard.

It's cute, but it's also pretty clever. The idea is to draw a single continuous line that goes through all of lines contained in the shape or picture. The cannot cross itself, or go through the same line twice. It's tougher than you think.

Later levels include stars to collect and demand that certain lines be passed through in a certain direction. Pretty great puzzle game that's easy to get to grips with.

This is a really cool collection of ever-expanding challenges that will test your perception, problem solving skills, and dexterity. Highscores should be chased, always.

I haven't actually got around to checking all of the games/experiments yet, but each one I've played has been a small delight.

Take the one in the image, for instance. You tap a circle to bring it into focus, and must tap them in order from lowest to highest in the time limit.

Another sees you trying to prevent bouncing circles from touching each other. When you tap one, they all freeze for a maximum of five seconds, while you change the direction of the one you tapped.

One other game has you finding the source of a sound along a horizontal gradient as fast as you can. Each of the games are well-suited to the touch controls, and are a surprisingly lot of fun. 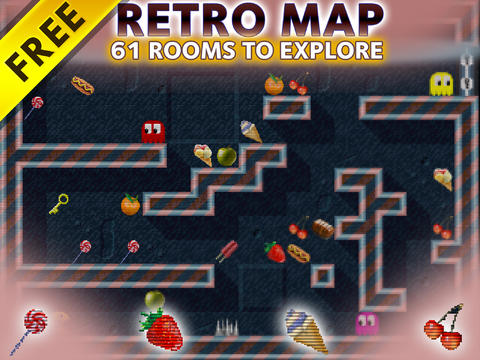 If you're looking for a retro-inspired platformer, then Dots Adventures has you covered, with the free version giving you 61 rooms to complete.

You play the Pacman-like Dot, that eats fruit to push up that high score, and must find keys to unlock doors to more rooms. Everything is connected, so it's one big area rather than being level-based.

There's more themed rooms for the game, but they'll put you back 69p / 99c each. But if you really get into the game's free levels, you might find it worth the purchase.

The only real problem with Dots Adventures is the tiny buttons. If you miss one of the movement arrows in the bottom left corner, you'll probably be killed.

It happened to me a couple of times, but I found the game compelling enough that it didn't deter me much.