Sony is hosting a hands-on event for Playstation VR in March, is it time for a price and a date?

Will it cost an eye and a leg?

Hot on the heels of HTC's revelation of the hefty price tag for the Vive and with the Oculus Rift launching soon, it's now Sony's turn to reveal more details about its upcoming VR headset once called project Morpheus.

It seems like on March 15th, we'll know a lot more as sony has invited the press to a hands-on event. Surely that means more games and tech demos but that could also be where we'll learn about the price and release date for the headset.

While Sony is not facing any direct competition on its platform, the price will be an interesting factor as it'll always be compared to the console's price. To avoid an uproar, Sony might have to sell it at a loss.

I'm also curious to see what kind of experiences Sony will be pushing for its Playstation VR as its lineup is already filled with interesting games and the return of one of my most beloved game ever. 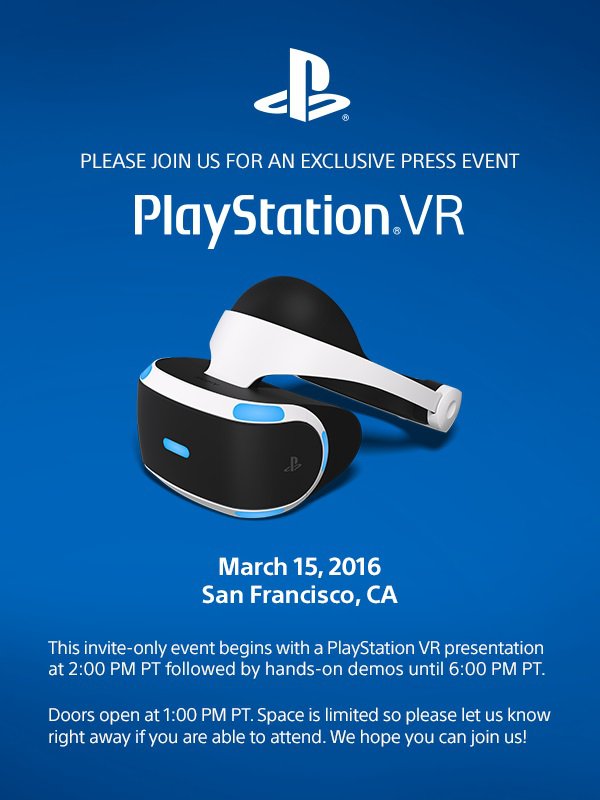