Beyond a shadow of a doubt

January is always cold and wet and miserable.

It's a hangover of a month, with little to look forward to except the slow trudge towards February and the inevitable spring that follows.

Still, that doesn't mean that mobile games don't come out in the first month of the year.

Despite our general air of malaise, we dutifully listed the best of them for you last week. Mainly so that you could shout about which one was your favourite in the comments section.

Well, we've paid attention to your shouts, gone over your responses with a fine-toothed comb, and can now reveal that the winner of the first PG Readers' iOS and Android Game of the Month poll for 2014 is... 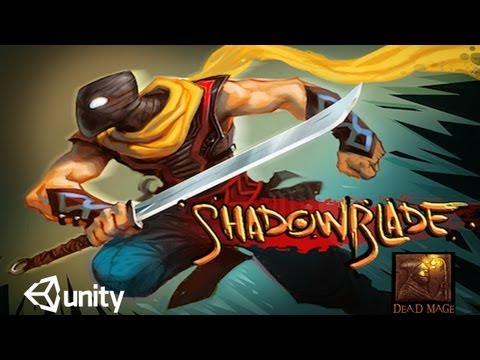 In this swoopy-swipey action-platformer, you take on the role of a masked ninja who needs to work his way through a series of fiendish obstacle-filled levels.

Armed with a rather large chopper, you have to swipe and tap from platform to platform, slicing up any of the bad guys who get in your way.

As well as being pleasantly violent, Shadow Blade has genuine depth. Oh, and the clever touchscreen controls make mastering it a real challenge.

At review, we gave the game a Gold Award, and called it "a vibrant, fast-paced, special platformer that works perfectly on touchscreen". We then added that "Shadow Blade is well worth as much of your time as you have to spare".