During today's Galaxy Unpacked, we're bound to see something interesting walk through those metaphorical doors.

Of course, this is also going to be a bit of a bitter-sweet presentation considering it was just over a year ago that the Note 7 was shown off, and very nearly a year since the first of the bunch made it into our hands...before they were promptly recalled...twice.

But, here's to hoping the Note 8 won't cause as much trouble for Samsung this time around.

Live Blog 4:52 PM - Over 100 Samsung employees gathered around the stage with their Note 8s to get an appreciative clap and rocked out to 'The Black Keys - Howlin' For You' as they walked off. 4:50 PM - Denison once again thanks the current supporters of the Note series and welcome the future lovers out there. 4:48 PM - The Note 8 starts selling on September 15th with pre-orders opening up in a matter of days.

Samsung digs at Apple by reminding us that it still has a standard headphone jack. Good lads. 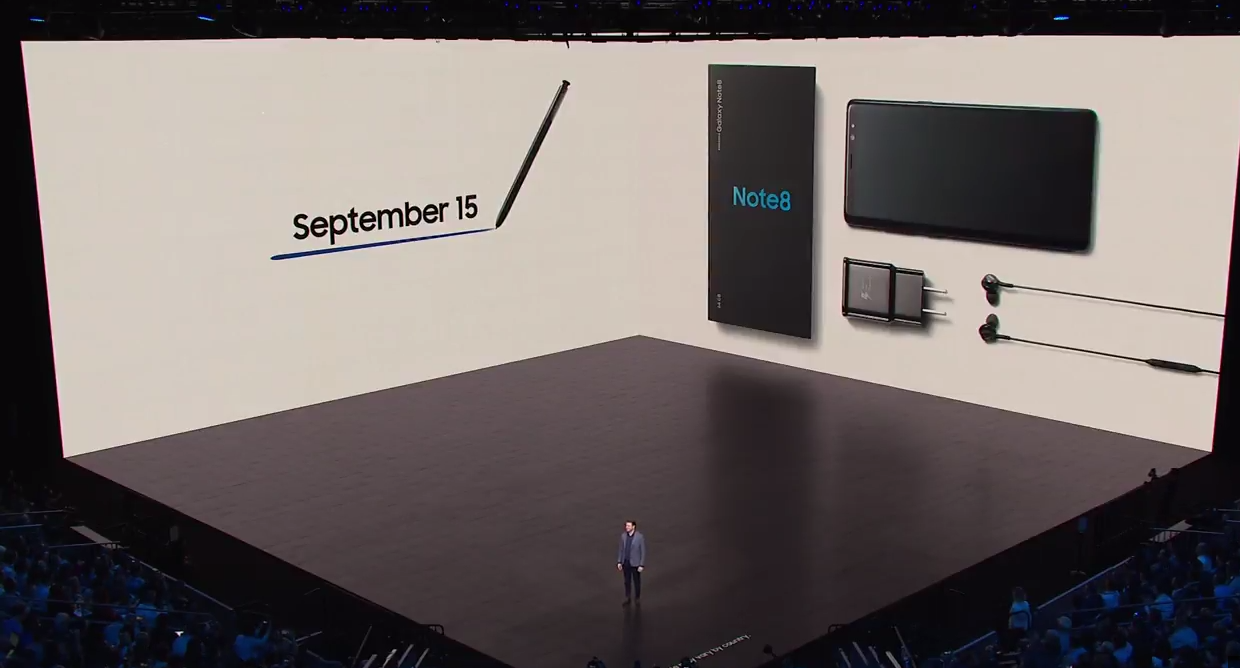 The phone's still got expandable memory on top of 64 GB of storage. Nox gives you six forms of security, and three forms of biometric security, to protect your phone.

It's also water and dust resistant. It also brings back fast, wireless charging.

4:35 PM - Jonathan Wong arrives on the stage to us about his two favourite things: Bixby and Samsung Dex

Bixby's sticking around with a word or two doing multiple actions at once - like taking foodie photos or turning your phone to night mode by saying "good night".

Bixby's also going to be compatible with Spotify later this year.

Dex is apparently one of Wong's obsessions as it allows full control of your home/personal life, letting you change up from using your desktop to snapping it up and continuing your work on the phone on the go. 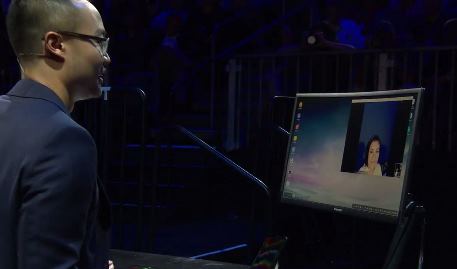 4:33 PM - The 'Screen Off Memo' is back with a vengeance as you can store up to 100 pages of messages without even turning your screen on.

Hovering over the messages can also translate messages and convert units of measurements for foreign currency.

4:29 PM - Back to the 'S' Pen. This time around the sensitivity is higher and the pen nib is even thinner.

As an ex-Note 7 owner, the 'S' Pen was definitely an amazing feature which other smartphones sorely miss.

The Pen can now be used to make personalised touches with 'Live Message', meaning you can animate little doodles on messages/photos to share with your friends.

4:24 PM - Suzanne De Silva arrives on stage to talk us through the Note 8.

Two of her favourite new features are the camera and the 'S' Pen.

The camera will have duel-pixel sensor for poor light, and quick launch to access your camera a moment's notice. It'll also have two camera on the back of the phone for better, sharper pictures. Optical image stabilization in both cameras for both photos and video.

'Live Focus' helps you take professional photos by adjusting the blur and focus of the background/foreground. Background blur can be adjusted even after the photo's been taken.

The Note 8 will remain water resistant.

4:22 PM - Multitasking is a signature of the Note series. This time around the Note 8 will have multi-windows and 'App Pair'. This'll let you pull up two apps from your launch bar with a single touch. 4:18 PM - Arrival of Justin Denison. He kicks it off by driving in the point that the Galaxy Note 8 is inspired by the users.

The Note 8 will combine the 'S' Pen and Infinity Display of the Galaxy S8. That's going to be a heck of big phone with. 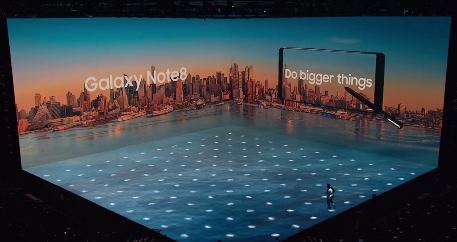 4:09 PM - It's all about the 'S' Pen this time around with a huge focus on the art/creative community.
4:02 PM - Samsung owned up to its mistakes with the Note 7 and puts out a heart-felt message to all of the fans and trusting users who stuck with it.

DJ Koh furthered this message by saying that 'they were there to celebrate everyone who helped make the Note a success'.