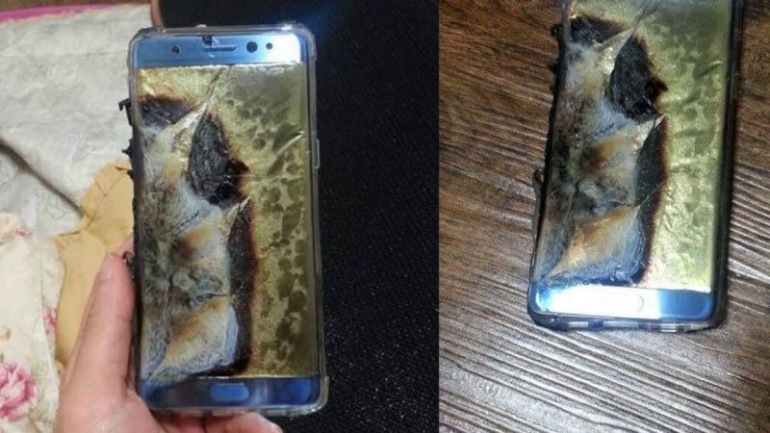 Firstly my heart goes out to Samsung with today's news. Where the initial recall cost them near $1 billion and gave their reputation a bit of a jolt, this is really not what they wanted to hear. For those loyal Samsung fans, we shrugged the initial bout of exploding 7s off and waited for the replacement phone with great excitement. Now however I'd like you all to join me in an enormous face-palm and sad, sad sigh.

Of course there's no need to jump out of your seats, lock away your phones, and call the priest just yet. However, I dare say that the variety of incidents, from Korea to North America, doesn't really bode well for the company. Rather than issuing another recall it could be that the phone will be blacklisted and written-off altogether. Unconfirmed reports that Samsung has stopped production of the phone completely don't exactly inspired confidence.


With the first wave of sellers announcing that sales of the Note 7 have been ceased again, it's a blow of confidence that Samsung might not be able to recover from. U.S. firm AT&T and German firm T-Mobile announced that they'd halt the selling of the phone until further investigation. A report today suggested that EE might be following suit soon as it considers the reports. O2, Three, and Vodaphone have yet to comment but so far don't appear to be halting sales. The same goes for the likes of Carphone Warehouse, etc.

A report from The Japan Times today said "Samsung on Friday issued a stronger-than-expected operating profit forecast for the third quarter despite the impact of the recall, which, according to some analysts, could cost up to $2 billion." At this point Samsung must be sweating.

As someone who owned the original Note 7, handed it back for the recommended exchange, waited for the exchange to happen whilst simultaneous still having to pay for the same contract, and now owns the 'safe' Note 7, I'm about ready to throw my hands up. It's a fantastic phone – but is it fantastic enough to deal with this all again?