Google and Samsung have officially unveiled the Galaxy Nexus, the world's first handset to be powered by Android 4.0, aka Ice Cream Sandwich.

The Galaxy Nexus houses a 1.2GHz dual-core processor, 1GB of RAM, and is available with either 16GB or 32GB of storage. LTE and HSPA+ connectivity are both on board, too.

Other interesting hardware features on the Galaxy Nexus include NFC technology, which allows you to make wireless payments with your mobile, and the usual range of sensors, such as an accelerometer and gyroscope. Perfect for gaming, then.

As mentioned, Ice Cream Sandwich will come preinstalled on the Galaxy Nexus, and this latest version of Google's mobile OS brings "an entirely new look and feel to Android".

The redesigned interface features improved multitasking, better notifications, facial recognition, the ability to share content with your friends via NFC, and connection to "the cloud".

Like Apple's recently launched iCloud service, Android's cloud-based storage system will keep your emails, contacts, and other data synced between your devices.

The Galaxy Nexus will hit the US, Europe, and Asia in November, and will gradually roll out to other markets. 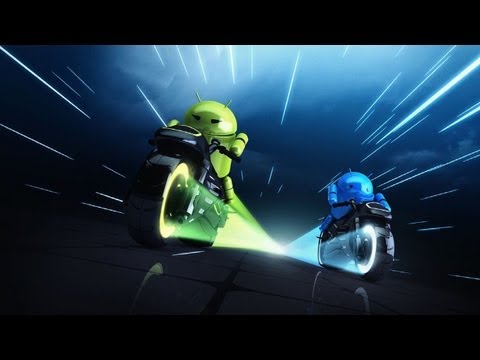 Dragon Quest The Adventure of Dai: A Hero's Bond is celebrating its first anniversary with a tonne of Blue Gems, and anniversary events