Google Stadia has revealed which games will be coming to the streaming service during April. Stadia allows you to play video games at console-level fidelity on your mobile phone using cloud streaming technology.

As of today you can grab Resident Evil 7: Gold Edition as part of Stadia Pro. It’s a Southern Gothic survival horror in which you explore an old plantation trying to rescue your wife and run into the homicidal Baker family.

This version of the game includes all the DLC, and it’s likely the timing of this release has been made to coincide with the upcoming Resident Evil Village, which comes to Stadia next month. 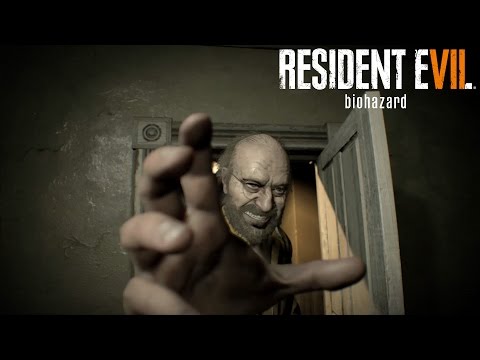 Other titles which are available to get from Stadia Pro this month include SpongeBob SquarePants: Battle for Bikini Bottom Rehydrated, Ys VIII: Lacrimosa of DANA and PIKUNIKU.

Meanwhile, Google has detailed games which are available to purchase and play across all your devices, including tablets and phones. This includes Kemono Heroes, Legend of Heroes: Trails of Cold Steel 3, Cosmic Star Heroine, Nanotale - Typing Chronicles, Trine 4: The Nightmare Prince, and Killer Queen Black. Outriders and Disco Elysium also released earlier this week.

Hitman on Stadia also has a free Starter Pack available now, which allows you to experience the first game’s tutorial mission and the Nightcall mission from Hitman 2. Between now and 5th April, you can also play the Dubai location from Hitman 3 and experience all the new features the new game has to offer.

That’s not all in terms of freebies right now, as The Elder Scrolls Online is also available to play for free on Stadia until 13th April, which gives you access to Tamriel Unlimited and the Morrowind Chapter.

Check out Google Stadia and find more games to play on the service by checking out the official website here.

Is streaming the future? Read our verdict of Google Stadia on mobile.
Next Up :
Jujutsu Kaisen Phantom Parade, the anticipated mobile adaptation of the popular anime, opens pre-registration in Japan