Razer Forge TV cuts through the gaming guff at CES 2015

Plus Android eye tracking, wireless power and a new approach to VR

Feelings about CES 2015 seem to have been mixed. There were some fascinating new products and concepts, but fewer reveals than we're used to.

A lot of what was on show had already been unveiled last year, and was only at the show so the unwashed could get their hands on the gear and avoid losing interest before launch day.

But there were still one or two delicious surprises in store.

Peripheral maker Razer is never far from CES, and it's been known to dabble in the smartphone and tablet realms, even if it's never quite made the cut. Until now, that is.

The crowds, and the press, have worked themselves up into a very understandable frenzy over the Android-powered microconsole, the Razer Forge TV. We've seen no shortage of similar devices in the past, but this one looks like it could finally bridge the smartphone/living room chasm.

It primarily targets the hardcore niche of Android gaming, by bringing together console-quality controllers with the big screen and a powerful, affordable base unit. But you can also clip your smartphone onto the controller and go portable, before seamlessly switching back to the TV when it's time for some elbow-to-elbow multiplayer.

And that wasn't Razer's only surprise at CES 2015. It also took the opportunity to reveal its entry in the ever-growing virtual reality space, with its own headset and platform.

The difference with the Razer OSVR system is that it's intention is to democratise virtual reality gaming via a new, open-source platform. Both the hardware and software are intended to empower developers and hackers in their VR projects, while offering a standardisation model for this entire area of gaming. A lofty goal, but one that could really benefit gamers in the long run by sidestepping the inevitable hardware fragmentation.

The Eye Tribe Tracker also caught a lot of attention on the CES show floor, being the first device to offer an eye tracking platform that's compatible with Android devices.

The creator of the $99 input device suggests an accuracy of your 'field of gaze' that's comparable to a fingertip, and alongside the unit that sits under your monitor, smartphone or tablet, it's talking to device manufacturers about the possibility of embedding the functionality within laptops and handsets.

Could be a great way to aim while playing an FPS, at the very least. Just look at the target, and shoot.

And finally there was the WattUp wireless charging system. Not exactly a gaming device? Well, no, not in itself, but this unique charger can supply power to any compatible device - whether a smartphone, tablet, controller, smartwatch, wearable tech or anything else that's battery powered - from up to 15-feet away.
Easy to see how any device unveiled at CES 2015 might benefit from that kind of untethered power boost.

We'll take pre-orders of the lot, thanks. 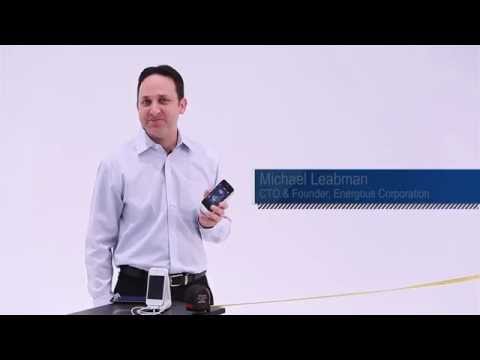 Subscribe to Pocket Gamer on
Next Up :
The Mana Series’ fourth installment The Legend of Mana has been remastered for Android and iOS