UPDATE: Sony UK has been unable to confirm the volume of downloadable content we can expect in Europe but has stated PSN Game Cards will be available in the UK almost from launch.

IGN has received a list of digital goodies that will be used to bolster the PSPgo's launch on October 1st, and it's a surprisingly impressive online treasure trove of awesome. The news refers to the North American launch but there's little to suggest European gamers shouldn't expect a similar approach (we've contacted Sony to find out).

First of all, there'll be 225 games, from a combination of full PSP titles, PSN exclusives, UMD legacy games and Minis. Bringing up the multimedia quotient of Sony's new online life are 2,300 films and a staggering 13,300 TV shows. 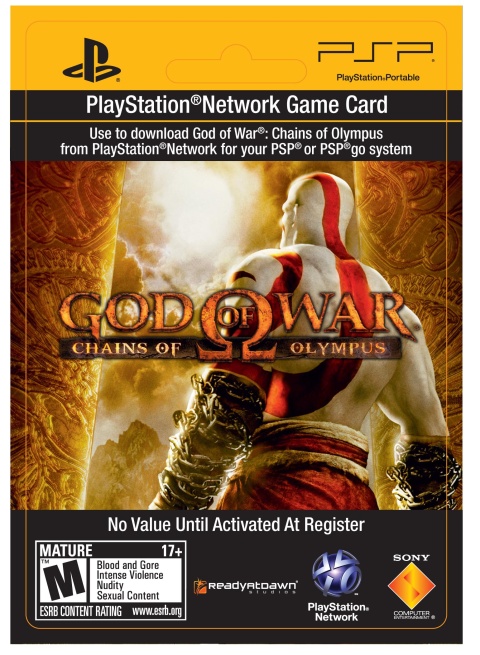 It's also signposted Gran Turismo, Soul Calibur: Broken Destiny and God of War: Chains of Olympus as key download titles (these are presumably the full PSP titles mentioned above).

In addition, Sony has revealed that PSN Game Cards (pictured) will be made available for purchasing digital PSP content over the counter, with Gran Turismo, Daxter, Patapon 2, Secret Agent Clank and Twisted Metal: Head-on kicking off this rather astute attempt to pacify the angry retailers who are boycotting the PSPgo.

All in all, that adds up to 16,000 digital items waiting to herald the launch of the PSPgo, and Sony's handheld rebirth. Not too shabby, eh?