It’s been a good week for Windows Phone 7, with the platform predicted to take off in the future by one of the big name analysts, as well as the launch of the new NoDo update.

That’s not to say other formats haven’t been busy. Both Android and iOS fans are catered for thanks to a handful of rumours, updates, and delays.

Well, not all news is good news.

Sony’s next Xperia after the Arc and the Play - the Neo - appears to be suffering from supply issues if reports from the Italian Sony Ericsson Facebook page are anything to go on.

While this normally would be cause for those awaiting the phone to get a little miffed, in this case it appears to be the result of the various horrific disasters that struck Japan only a few weeks ago.

The handset has already gone on sale in Hong Kong, so it may not be a worldwide delay, but the release date for the 1GHz Snapdragon phone has now been pushed back to June for Italy (and presumably Europe) for the time being.

It only currently holds a fraction (well, a few per cent) of the mobile market, but Gartner is predicting that Windows Phone 7 will have taken a whopping 20 per cent by the time 2013 comes to a close.

The firm believes that by 2015 - should Nokia and Microsoft’s new partnership bear fruit - the mobile OS may even be the second largest behind Android: a sobering thought for Apple, no doubt.

Of course, this is reliant on Nokia and Microsoft pulling off the partnership and persuading the average Nokia user to part with Symbian and take up an MS OS.

Hackwatch: Manual update to NoDo for WP7 revealed (and then pulled) 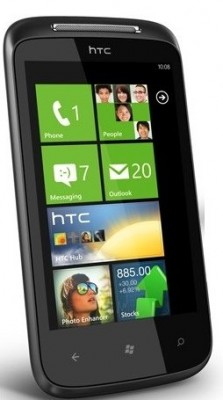 Microsoft has started to roll out the NoDo update, something PocketGamer.biz news editor Keith Andrew will testify to having received on his O2 phone a few days ago.

However, not everyone is on a decent network that actually sends out updates on the month they're released (I’m looking at you, Orange). Thankfully, enterprising developer Chris Walsh managed to find the whole update lurking in the recent Windows Phone support tools.

Alas, it seems that the update may block out future updates sent via your carrier or Microsoft (if you have an unlocked phone), which has meant the removal of the tool.

I guess this means I’ll have to continue waiting for Orange to get around to updating my Mozart on its own schedule. 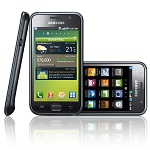 Samsung may be slow in updating its old phones (if it updates them at all, that is), but at least it’s starting to get around to it with the Galaxy S

UK network Three has come out to say that it will be pushing the latest mobile version of the Android platform to the killer Android gaming phone of 2010 later this month, which correlates with a number of other networks around the world.

It’s the only UK one to actually say this, however, with the others remaining quiet for the time being. (I'm still looking at you, Orange.)

I had to double-check the date of this posting in case it was an April Fools joke, but unless AppleInsider decided to publish it a day early then we can safely file this under ‘unlikely’ in the rumour file.

Essentially, patents have been uncovered that show Apple experimenting with a camera system a lot like the one the 3DS and upcoming Optimus 3D uses, in which two cameras are placed side-by-side, thereby creating a false sense of depth to a single picture.

The thing is, you’d need a display capable of producing 3D images to actually see these images properly, so unless we’re all about to be shocked to our very core when the iPhone 5 arrives, I wouldn’t hold your breath.