We all know that the technology industry is a bitterly competitive field. With so many companies offering their own patented solutions for the same problems, the battle for market dominance can get very ugly, very quickly.

This week's Pocket Picks news round-up tells a slightly different story, however, brimming as it is with collaborative efforts and harmonious overtones.

Whether it's Microsoft bringing Office to Apple's iPad, Samsung teaming up with Blockbuster, or Linux co-existing with Android on a single mobile handset, the big hitters have been putting aside their differences for the benefit of us all.

Well, mostly for themselves, but you get the picture. 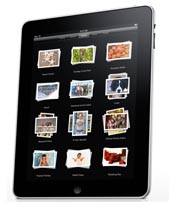 It's hard to imagine two bigger rivals than Apple and Microsoft. Both hardware and software giants; both trying to entice technology consumers towards their respective products.

Which is why it's nice to see that a version of Microsoft's Office suite is reportedly crossing that invisible line in the sand to make a home on the iPad.

Allegedly similar in design to the OneNote app on iOS, Office for iPad should let you edit Word, Excel, and PowerPoint documents, though we'll have to wait until its launch in a few weeks before we know what else it has to offer.

Blockbuster rumoured to be bringing movies to Samsung mobiles

If rumours are to be believed, movie rental service Blockbuster is making a play for mobile audiences by teaming up with handset manufacturer Samsung.

The plan is to allow Samsung customers access to thousands of Blockbuster-supplied movies, all viewable on the Korean manufacturer's range of Smart TVs, tablets, and smartphones.

Europe and North America should be able to take advantage of this service before the end of July, while Australian customers will probably have to save their popcorn until September. 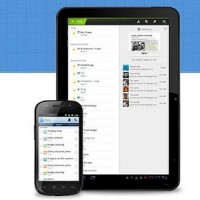 The Android version of Google Docs is no longer the black sheep of the family, thanks to a feature-packed update that brings it more in line with other versions of the application.

Along with improved editing and formatting options, the app now allows two or more users to edit the same document simultaneously - a feature that has helped make Google Docs an essential tool for businesses the world over.

The update has been well received, with users reporting the app is both intuitive and quick to respond to edits, no matter who is making the alterations. 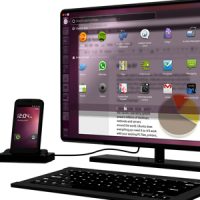 Canonical has announced that it has cooked up a version of the Ubuntu Linux desktop OS that can be installed on high-end Android smartphones.

Rather than running the device itself, Ubuntu will spring into action when your handset is connected to a docking station, providing a full desktop experience from a pocket-sized source.

Provided your phone has the necessary processing power, this could prove an excellent management solution for those of us who live on our mobiles, making syncing information between desktop and smartphone an absolute breeze. The system will be demoed at the Mobile World Congress next week.

Google is set to go all Back to the Future Part II on our asses, with reports suggesting that it's readying a line of augmented reality glasses.

Running on Android, these futuristic specs are alleged to be in "late prototype stages". According to the post on 9to5Google, they will "provide a display with a heads up computer interface".

Another report form the 'Bits' section of the New York Times reveals that Google employees are "familiar with the project", and predicts the groovy goggles will arrive before the year is out.