Sony's PlayStation Mobile will swing open its virtual doors on October 3rd, with 30 bite-size games available from the off.

PlayStation Mobile, if you forgot, is the platform for PlayStation Certified Android phones and tablets on which Sony will sell a curated collection of mobile games via a PlayStation Store app.

It's a top-to-bottom reboot of the PlayStation Suite idea that unceremoniously fizzled out and died.

Furthermore, it was announced at E3 that HTC would be the first non-Sony company to produce PlayStation Certified handsets. And at Sony's pre-TGS conference this morning, it was confirmed that Sharp and Fujitsu will also support the PlayStation Mobile service on some of their devices. 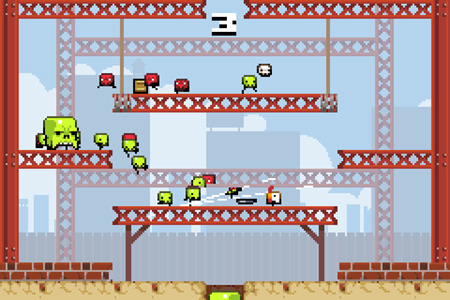 The PlayStation Mobile shop will launch in Japan, the US, Canada, the UK, France, Germany, Italy, Spain, and Australia on October 3rd. Sony says it will have 30 games available at launch - priced between 50 yen and 850 yen (about 50p - £7) - but hasn't yet named any of the titles.

Finally, Sony will distribute a PlayStation Mobile SDK in November, so any budding indie developer can try and get a game on the service. The SDK comes with a $99.99 annual cost - the same as Apple's iOS developer licence.