No recall? No problem. Here's what to do with your busted Note7

It's not your fault, lovely phone

The Samsung Galaxy Note7 fiasco has been chaotic for the company, but if you're one of the folks who are currently stuck with the phone (including myself) what should you do?

Despite the headlines floating around the main media at the moment, Samsung have yet to issue an official recall of the Note7 – at least, on the scale of the original recall. From their statement yesterday they'd stated: "Because consumers' safety remains our top priority, Samsung will ask all carrier and retail partners globally to stop sales and exchanges of the Galaxy Note7 while the investigation is taking place." They then follow up with, "…should power down and stop using the device and take advantage of the remedies available." Of course, they didn't state what the remedies are.

With EE and Vodafone as two of the British companies who were first to suspend sales of the Note7, Carphone Warehouse jumped on the band wagon yesterday, and O2 seems to have just filtered into the background without actually acknowledging the issue.

So to the best of our current knowledge, here's what you can do:

After following the official guidance from Samsung, EE has recommended that owners of the Note7 power off the device and return it to EE immediately. However, EE will also be contacting customers who already received a Note7 to arrange collection, discuss options, and arrange a replacement phone. This applies to both replacement and original models.

Samsung Galaxy Note7 update: EE customers who own or have ordered a Note7 device, visit https://t.co/6up7ahn8Ns for the latest information. — EE (@EE) October 11, 2016

They then go on to suggest powering down the phones, contacting the store to return the device, and further discuss what options are available to you.

Following the @SamsungUK news today we advise customers to power down their Note 7 & contact us to discuss options https://t.co/a5UpJQ701d — Three UK (@ThreeUK) October 11, 2016

Vodafone's information was a little trickier to find as it's buried within the page's forums. Similar to EE's call to arms, Vodafone is only advertising that they'll offer an alternative replacement device to all Note7 customers. As of yet they're not actively advertising refunds of the product. 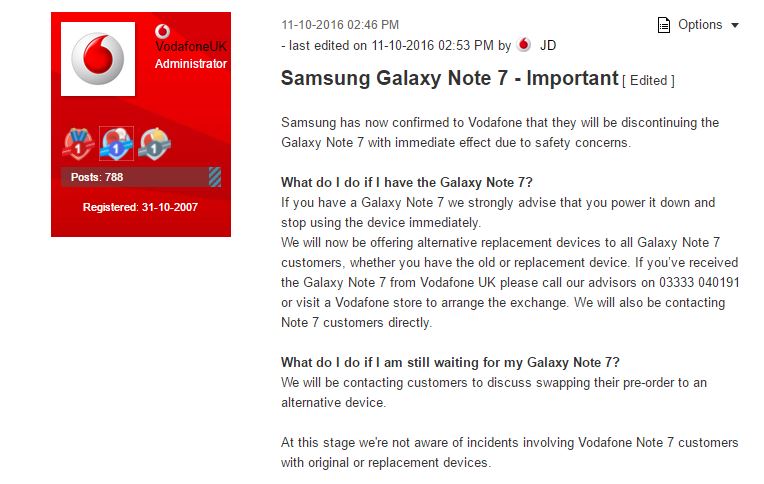 Again, following on from those above, Carphone Warehouse has requested that you power down your devices and return it to the store. On their official Twitter they've stated "We have suspended all pre-order sales of the Note 7. Any customer with the device should return to store for a refund or to discuss options."

However from the comments below the feed, and from my own experience yesterday, the shops are still a little clueless as to what to do. From what I understand had you bought the phone outright you can have a refund processed straight away, but those with contract phone deals are met with a brief shrug and a 'call back later'. 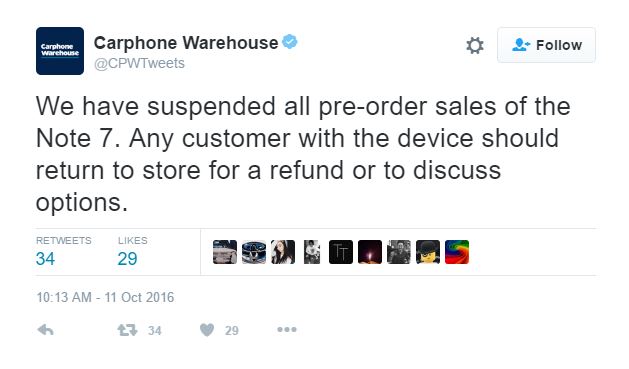 Yes, this one is a little random but the story is amazing. South Korean recalls have taken things a step further by providing customers with recall kits. These consist of a static shield in which you put a box inside a box, then inside a final flameproof box, and a pair of gloves for handling the protective materials involved.

I'm not sure whether that's entirely impressive or a little overkill. 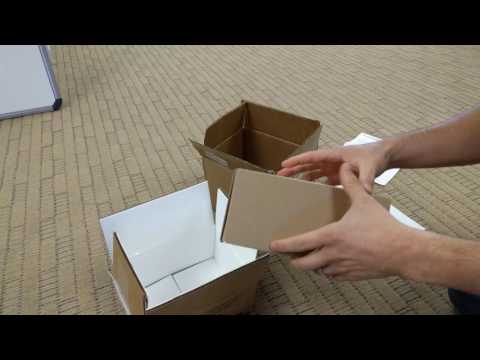