Sony's certainly getting into the smartwatch arena with fists and feet flying, but it's a random hacker that's the first to bring PlayStation 1 games to the exciting world of wrist tech.

A video has appeared on YouTube showing the classic 3D platformer Croc: Legend of the Gobbos running at an impressive frame rate on an LG G Watch.

You'd be forgiven for being a bit skeptical about first-generation Android Wear watches managing to smoothly emulate the good ol' PS1, but this project comes from the same guy that managed to get Windows 95 running on his arm.

He achieved this previous pointless miracle not by getting Windows to actually run by itself, but by adapting a DOSBox emulator that booted the operating system inside of it.

Although details are sketchy on exactly how Croc is playing on the G Watch, he seems to have approached the problem in a similar manner by tweaking the ePSXe PlayStation emulator to run on the micro-screen.

As you can see in the video, the controls are too small to make it anything other than a novelty, but it's another eyebrow-raising moment in the early days of smartwatch evolution.
We'll let you make up your own mind by checking out Wrist Croc below. 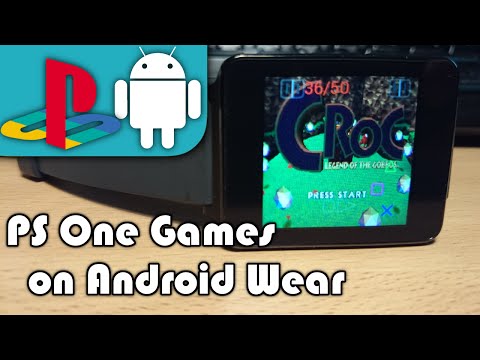 Subscribe to Pocket Gamer on
Next Up :
Lead your tiny legendary hero army to victory in Age Of Legends: Idle Wars, out now in Canada on Android