Also performing strongly outside of Japan

Billed as a genuine challenger to the likes of GREE and DeNA at launch, NHN Japan has announced that its 16-strong library of LINE games have amassed more than 100 million downloads to date.

That equates to an average of 6.25 million downloads for each LINE-powered game – an impressive tally given the messaging service only branched out into games last summer.

Interestingly, however, it appears that much of LINE's early growth is taking place in territories other than its home market of Japan.

The wider LINE platform is also celebrating a milestone, passing the 120 million user mark just two months after celebrating a userbase of 100 million. 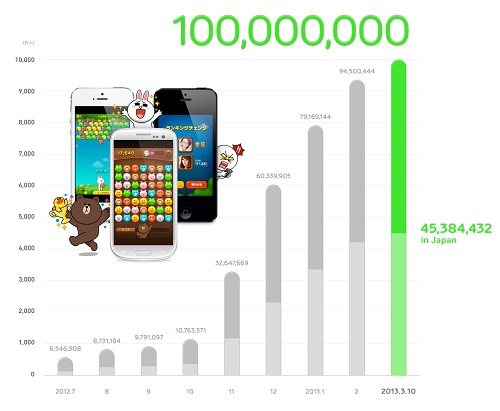 Taken together, these figures suggest LINE is making good ground on both GREE and DeNA, with a growing userbase, 'significant' cross-promotion opportunities and notable popularity beyond its domestic market.

The news comes weeks after NHN Japan announced plans to split its business, handing smartphone and PC game development over to the Hangame Corporation.