Out 'end of April'

Samsung hasn't specified the chipset, as this will vary between markets - either an 1.9GHz quad-core processor or an 1.6GHz octa-core processor.

There's a 13MP back camera plus a 2MP front-facing camera. 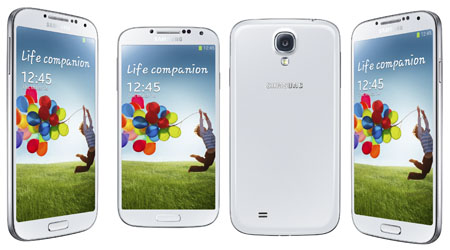 Initially presented in Black Mist and White Frost (with additional colours to follow), the phone will launch at the end of April, in 155 countries and with 327 carriers, although presumably not all on the same day.

Pricing hasn't been announced yet.

In terms of gaming, Samsung didn't break out many details, other than to point out that its Group Play feature will enable multiplayer gaming, as well as the sharing of games (photos, music, video etc). 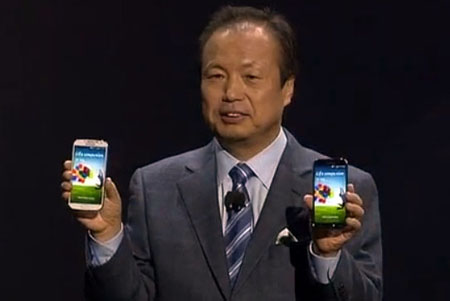 The Galaxy S4 will also come with preloaded games that can be shared in this manner, while Samsung's opening up the Group Play SDK to encourage "more partner development companies to develop various types of games in the future, further embracing its philosophy of innovation conceived by people in order to inspire them in return".

More generally, the Galaxy S4 features plenty of new software options in terms of improving your photos, such as a burst mode that the camera will automatically then select and collage between to improve the final shot, photos and video that use both the front and back cameras, and plus various health, banking security, translation, and multimedia content services.