EA: Tablets could be as powerful as consoles in 4 to 5 years 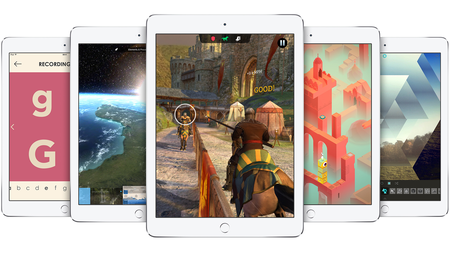 In four to five years, tablets could catch up to the power of home consoles, says Electronic Arts CFO Blake Jorgensen, speaking at the 2015 Technology, Internet & Media Conference.

"What gets us the most excited is the computing power, of mobile devices and the speed at which that's growing," said Jorgensen. "What that might mean is that a tablet, three or four years from now, has more power than what a typical console has.

"And that will open up a whole new set of people to console-style games that are much more immersive, much deeper, much more character-driven than simply a static mobile game that you might play for a small burst of time while you're waiting for the bus.

"And so we're looking for ways that we can essentially blend those two models to have a more immersive but movable game experience. Could be in your living room, could be on the bus, or it could be in a friend's house. Much more portable than it is today. And that for us is a huge opportunity."

Tablets certainly are improving at a lightning fast pace. Apple says its iPad Air 2 can deliver 40 per cent faster CPU performance and 2.5 times the graphics performance of the previous year's iPad Air. At this rate, the iPad Air 8 will become sentient and enslave all of humanity. But the iPad Air 7 is gonna play some kick ass games.

Gamespot
Next Up :
Azur Lane is celebrating its fourth anniversary with the Operation Convergence event and a brand new soundtrack by Annie Sollange