With one month's free trial

Apple has announced that its much-anticipated gaming subscription service will be released on 19th September. It will cost $4.99 for a family pass and you'll be able to kick things off with a month's free trial to see if it's the service for you. They also announced a few other details including three games that will be available on the service.

To coincide with the new service there will also be an Arcade Tab added to the App Store. Here you'll be able to see what new games have arrived, with new games being added every month. It will also allow you to watch trailers, get personalised recommendations and even game guides.

It's worth noting that all of the games that appear on Apple Arcade will be exclusive on mobile only. Several of the titles announced for the service will also be on consoles as well as PC.

The service will kick off with over 100 games and a few of them were showcased during their latest event.

First up we had Frogger in Toy Town. Which started off pretty much as you'd expect from a Frogger, dodging obstacles and making your way through the level. In this case, the level was a bathroom so you were dodging toilet rolls to begin.

Later on though, several building blocks were knocked over by a baby who you then have to make your way around. I guess it's kind of like the Frogger version of a boss battle. You'll also be able to gather jelly beans and collecting 100 will grant you temporary invincibility so you can bulldoze through enemies with no fear.

Shinsekai Into The Depths

Next up we saw an offering from Capcom called Shinesekai Into The Depths. The game is set entirely underwater following an event that saw humanity wiped out, except for the diver you play as. The surface is covered in ice so you'll have to find a way to survive underwater.

The coolest feature on display in the stage demo was that all of the music and sound effects for the game were recorded underwater. They said this was to give the game a more authentic feel. Whether that will work or not it's certainly dedication to an idea.

Sayonara Wild Hearts from Annapurna Interactive was the last game we got a little glimpse of. It was described as a playable music video. It has its own pop soundtrack that was written especially for the game and it sounded pretty good if you're into that kind of music.

The gameplay will swap between rhythm tapping sections and races as you travel through levels atop a motorbike whilst wielding a sword. It's all styled with a futuristic low poly look that's very cool. 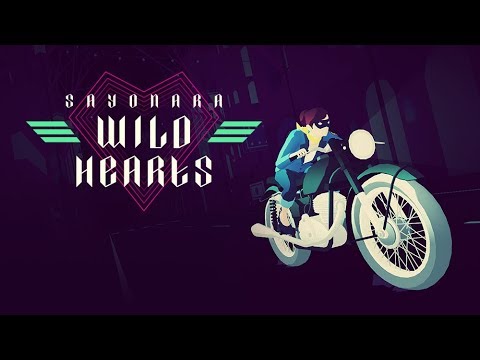 Subscribe to Pocket Gamer on
Check out our news section to discover the latest, and greatest, games.
Next Up :
Summoners War: Sky Arena announces epic collab with Cookie Run: Kingdom beginning August 28th