It's early days for the Nintendo Switch, and the line-up is still looking a little thin. Chances are, you've completed Breath of the Wild already and are scouring the eShop for something to keep you busy until Mario Kart 8 arrives.

You may come across New Frontier Days: Founding Pioneers, a city building sim that originally launched on 3DS but was updated in time for the launch of the Switch.

Here, you play as a settler tasked with colonizing a new land. You have to keep your people fed, housed, and happy - while also ensuring there's plenty of money in the coffers.

It's no mean feat - but is it fun? That's the most important question. Let's dig into it.

Performing any action in New Frontier Days involves hovering a cursor over a thing and pressing a button to highlight it. Most of the time this is a settler, as you can't do anything without people.

Once highlighted, you can then order a settler to pretty much do anything. Chop down trees, mine rocks, shear sheep, fish, or hunt boar. 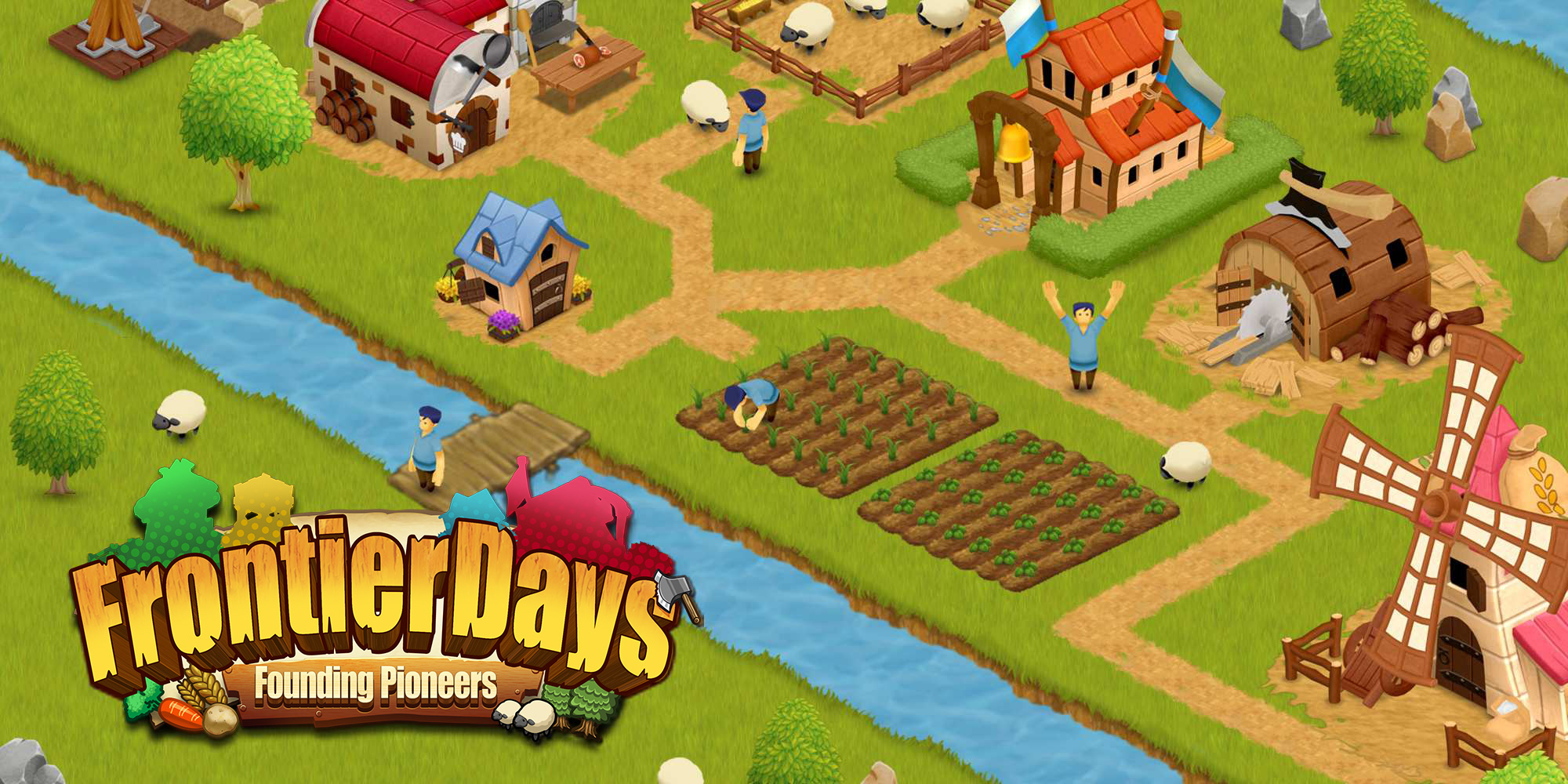 Every action will reward you with resources. Gather enough of these and you can knock up a variety of buildings like houses, crafters, and health centres. You'll need to do so to get new settlers, refine materials, and keep everyone happy and healthy.

Each year, your settlement celebrates the Harvest Festival, which costs a bomb in cash and food. So your first priority is always on exporting materials for cash, and cooking up vast quantities of food.

As your population grows, you'll need more money and food - but fortunately both of those things come in abundance once the balls rolling. You'll be farming crops and animals as fast as you cook them, and selling excess ore and wood to pay for upgrades.

Because that's the real aim of New Frontier Days - to advance to the final age. Upgrading a building is an expensive process though, so it's by no means an easy proposition.

Keeping your settlers productive is key. If you don't have a steady stream of resources constantly flooding in, being refined, and then sold, you won't be able to afford the rapid expansion necessary.

And speed is necessary. If you take too long, your leaders on the mainland will start getting itchy feet and, eventually, sack you.

While the pace of the game - rapid progression, diverting disasters, and keeping everyone busy - is a lot of fun, it does get frustrating after a while.

And that's mostly because you're given very little direction. You can't pull up a list of pressing matters to solve, you'll never be sure how much food you'll need for the next festival, and sometimes the upgrade button just disappears from a building's menu entirely.

Clearly, you'll have done something wrong, but the game just doesn't tell you. I scoured menus, searched online, and checked that I had enough funds and just couldn't figure out how to progress. Then I failed after hours of play.

New Frontier Days: Founding Pioneers is a great temporary distraction between your Breath of the Wilds and Mario Kart 8s. It's no shovelware - there's plenty of fun to be had from building your city in the various different modes, and replayability in abundance.

But it's just far too obtuse to provide a truly satisfying experience. You'll fail, have no reason why, then start all over again none the wiser. The cycle repeats.