After the success of Halfbrick Studio's humorous platformer, Dan the Man, they're trying their luck at their first CCG, Mythic.


People are either having a blast with the CCG scene at the moment or they're totally sick of it by now. However as classic card games go, Halfbrick has actually made Mythic very, very pretty.

Rather than comic scenes and toilet humour, we're faced with competitive strategy in this ever-changing world of men and beasts. As the name would suggest we're torn through different mythologies, facing off against the likes of Loki and Medusa to defend your kingdom.

Mythic is currently in early access, meaning that you lucky Android gamers can have a go at it now if you're quick. Head over to Google Play now and let us know what you think. 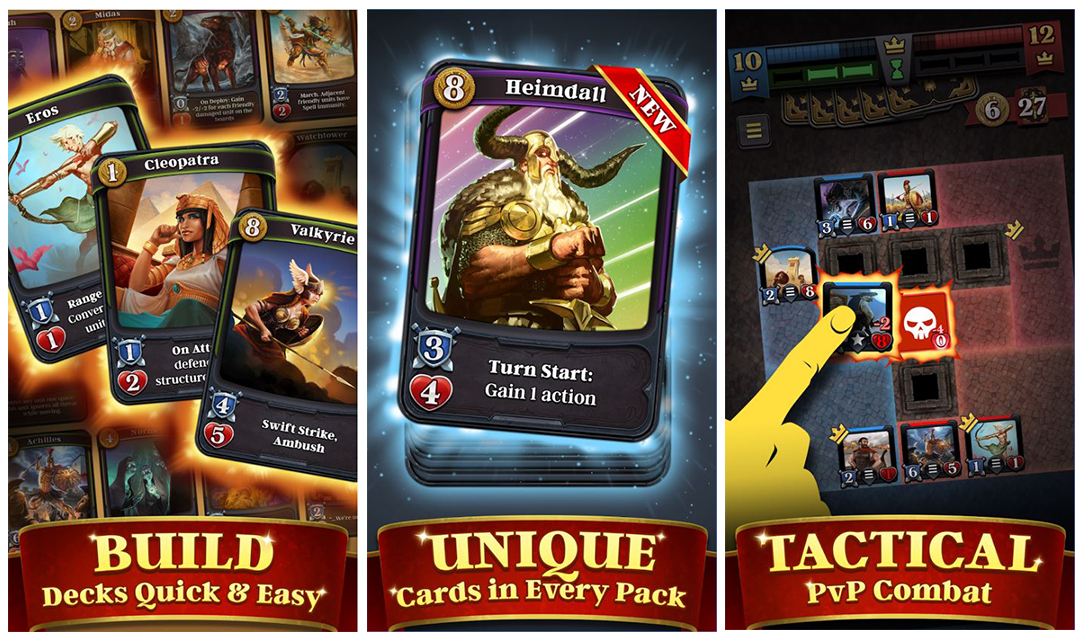