By Pocket Gamer staff
| May 19

In particular, Mythic Legends takes the best features of RPGs, strategy games, auto chess and mobile RTS games to craft an entirely new experience on mobile. Players can build powerful armies and strategise the best battle formations to dominate the Battle Board. They'll also have to maximise their fighters' abilities as they unlock Champions and Legends along the way. 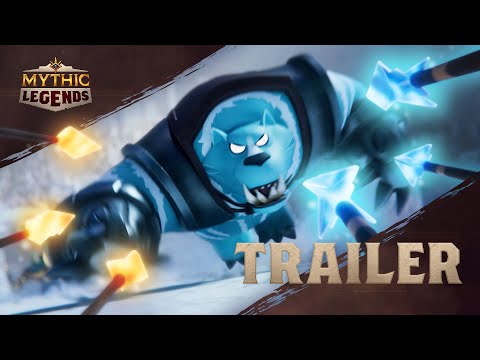 “Mythic Legends is unlike anything we’ve ever created - or that’s existed on the mobile platform,” says Xinyu Qian, CEO of Outfit7. “Strategy games can sometimes feel daunting to get into, especially if you’re unfamiliar with the genre. But Mythic Legends encourages you to learn, offering a powerfully fun gameplay experience that’s packed with rewards and challenges. You can have a minute of action, or settle in and play for hours, optimizing the synergies of your fighters, dominating the Battle Board, and rising through the ranks.”

If you're keen on giving the game a go, you can download Mythic Legends on the iOS App Store and on the Google Play Store for Android devices.

What's A Preferred Partner Feature?
From time to time Steel Media offers companies and organisations the opportunity to partner with us on specially commissioned articles on subjects we think are of interest to our readers. For more information about how we work with commercial partners, please read our Sponsorship Editorial Independence Policy.
If you're interested in becoming a Preferred Partner please click here.
Next Up :
Clash of Clans' Game Lead gives a brief look at the current and future state of the game as new features get introduced

Mythic Legends Guide - 10 tips and tricks you need to know