iOS + Android
| My Memory of Us

The award-winning My Memory of Us is launching on iOS next week, with an Android version coming soon after.

Produced by Juggler Games, My Memory of Us is a beautiful 2D adventure game that tells the story of a friendship between a girl and a boy, based on actual events from pre-Second World War Warsaw. It’s full of puzzles, stealth and unique interaction between the two children as they are faced with separation and try to stay together during the harrowing events that surround them.

Each child have unique abilities, but can only prevail when they work together. The girl is fast and quick with a slingshot, while the boy can sneak in shadows unseen, and together they use these particular set of skills to leave their home after they are sealed off from the rest of the city by a huge wall. Watch a trailer below. 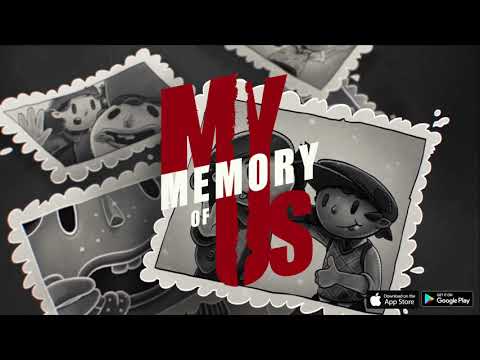 My Memory of Us was previously released on PC, Nintendo Switch, Xbox One and PS4 to critical acclaim, and a beautiful game such as this coming to phones seems like another win for mobile. It received numerous awards, particularly for its quality in gameplay and storytelling. It won 1st award at Indie Showcase, it was the Winner of the 2017 Pixel Heaven and was a finalist in the 2017 Indie Prize. Its nominations include 2018 SXSW, Best Game Art at Indie Prize and Best Game Narrative, also at Indie Prize.

The iPhone and iPad versions of My Memory of Us launches on 5th November. Here is the iOS App Store link, although it looks like the page isn’t working at the moment. A version for Google Play for Android will be coming shortly after the iOS release.

Are you in the mood to be spooked? Check out this list we've put together for you on the best Halloween-themed indie mobile games to play this weekend.
Next Up :
Gordon Ramsay’s Chef Blast tasks players with renovating a run-down kitchen in the latest Kitchen Makeover update

My Memory of Us, the emotional WW2 adventure game, is available now for iOS