By Pocket Gamer staff
| May 25 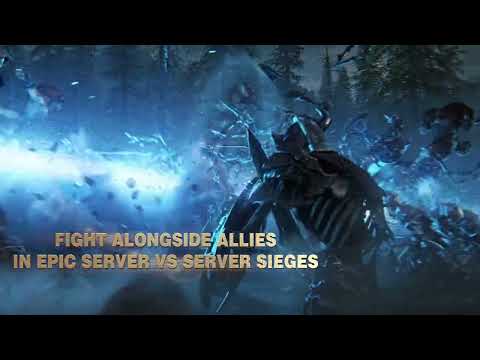 Developed on Unreal Engine 4, this new 3D title lets players dive into a magical Western fantasy world set in the land of MU. You can spread your mystical wings and soar high above the clouds or explore the depths of the unknown under the sea. While on your adventure, you'll ride majestic mounts, overcome impossible challenges, and battle some of the most fearsome beasts you've ever encountered.

This new open-world MMORPG also offers smooth, fast-paced combat where players choose from one of the game's three powerful classes. Whether you're a noble Swordsman, bravely facing enemies head-on, or a tactical Archer, sniping unwitting foes from afar, you can unleash devastating damage on your opponents with your own unique playstyle.

Apart from choosing your class, you can also create your perfect character by choosing from a wide variety of customization options. The detailed character creator allows you to make precise adjustments when designing your look, showcasing the full potential of the Unreal Engine 4 visual experience.

Aside from the characters, the environment is also rendered with high-quality graphics - all five million square meters of the map - where every piece of clothing, every texture, and every character’s body is meticulously detailed.

Epic cross-server wars await those who seek the ultimate bragging rights. You can fight for the glory of your Alliance in cross-server battles such as Boss Invasion: a world boss located in PvP zones, Battle of Lorencia: An epic battle of the top thousand players, Demon Hunting: an AFK Farming mode, and War Zone: Cross-server GvG Battles.

You can also put your skills to the test in the adrenaline-pumping 3v3 Arena, where you can fight in real-time PvP matches. You can put your gear to good use as you find the right combination of skills and equipment to become King of the Arena. You can upgrade your equipment with the enhancement and strengthening features to dominate both the PvP and PvE rankings.

Valuable loot dropped by monsters can be freely traded in the game's active market, including equipment, gems, and other in-game items. This makes challenging world bosses and exploring dungeons more lucrative, as they provide better chances at mega-rare drops. Players can also obtain exclusive loot from limited-time event rewards, which can be auctioned off by the War Alliance.

MU Origin 3 is available to download now for free from the iOS App Store and the Google Play Store for Android devices. You can also learn more about MU Origin 3 via the game's official website.

What's A Preferred Partner Feature?
From time to time Steel Media offers companies and organisations the opportunity to partner with us on specially commissioned articles on subjects we think are of interest to our readers. For more information about how we work with commercial partners, please read our Sponsorship Editorial Independence Policy.
If you're interested in becoming a Preferred Partner please click here.
Next Up :
Catalyst Black: 4 reasons to get hyped for this new battleground shooter