Even more reasons to jump into the Abyss

One of the most significant new features players can look forward to is a new equipment type - Runes! These come in two types, boosting either attack or defence abilities, and can be obtained once a player has reached level 280 or higher via the Item Draw system or defeating monsters encountered in the Abyss map. 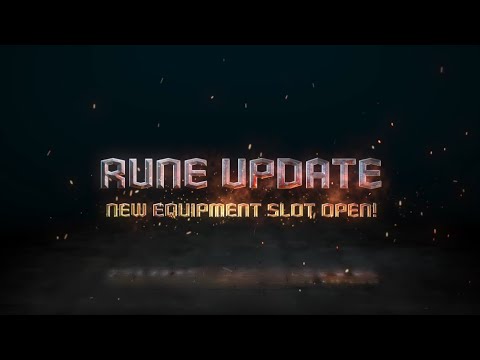 Monster encounters are set to become even more interesting too, with a new Elemental Elite Monster added to Abyss. Each Elemental Monster will possess one of the five element types - a property that you can boost for your own character using the items acquired upon defeating them. Vanquishing Boss Monsters found in the Elemental Dungeon will also allow you to obtain materials for summoning Stigmas using the Elemental Stigma Summon System and a chance of achieving Legendary Elemental Stigma!

VIP warriors will also be pleased to hear that a new Altar can be discovered in Abyss, provided you’re strong enough to take on the Boss Monsters lying in wait for you. You’ll need to be at least a Lvl. 5 VIP and level 280 before you can gain entry.

Other notable updates include changes to the Guild Battle & Abyss Guild Battle features which have now been renewed as a tournament format with a revamped match style and registration process. New tier levels, UI refinements, shop types, and bug fixes round out the list of other notable changes, as well as the debut of a new Guardian Pet - Monkey King.

MU Origin 2 is free to play with in-app purchases and available to download from the App Store and Google Play.

Want more MU Origin 2 content? Click here for our latest stories!
What's A Preferred Partner Feature?
From time to time Steel Media offers companies and organisations the opportunity to partner with us on specially commissioned articles on subjects we think are of interest to our readers. For more information about how we work with commercial partners, please read our Sponsorship Editorial Independence Policy.
If you're interested in becoming a Preferred Partner please click here.
Next Up :
Fortnite v21.20 update brings New Indiana Jones skin set, Charge SMG, and more