One of the most highly anticipated MMORPGs of the year, Webzen’s MU Origin 2, has now landed on iOS and Android to shake up the competition. No doubt it’s a massive game with a huge world and lots of different modes to try out, so we figured a beginner’s guide of sorts would help new players to get involved. And so here’s the most important info to know before heading out on what could be your grandest adventure yet. 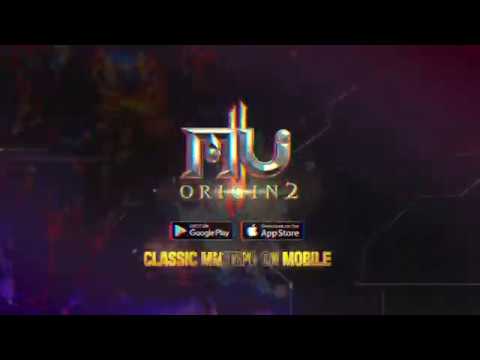 Subscribe to Pocket Gamer on
What's A Preferred Partner Feature?
From time to time Steel Media offers companies and organisations the opportunity to partner with us on specially commissioned articles on subjects we think are of interest to our readers. For more information about how we work with commercial partners, please read our Sponsorship Editorial Independence Policy.
If you're interested in becoming a Preferred Partner please click here.
Click Here To View The List »

1
Which class to pick?

Almost directly after loading up the game for the first time, you’ll have to decide which of the three starter classes you fancy playing as. There’s the magic-wielding Dark Wizard whose mastery over the elements comes in very handy in a pinch. The angelic, arrow-flinging Elf class who’s also adept at quietly assassinating her enemies. Then there’s the Dark Knight, a master swordsman who never found a demon he couldn’t crush.

You’ll have several character slots open from the start, so feel free to try out all three if want to figure out who best suits your intended playstyle. Whoever you choose, you’re in for a good, demon-slaying time.

2
Getting to grips with the controls and combat

Despite MU Origin 2 being huge in scope, Webzen has done a great job of keeping its controls simple and easy to learn. Movement is all controlled through an onscreen thumbstick of sorts. On the right side of the screen, you’ll see a rotatable dial with 4 of your character’s skills. Shifting that dial will make another 4 skills pop up, so it’s easy to mix up your strategy mid-fight.

The game also offers multiple different ways to play. You could opt to remain in charge of every one of your character’s actions, skills, and movements, or you could make use of the entirely optional auto-play feature.

The real draw with auto-play is the potential for largely stress-free grinding, as your character works their way through hordes of enemies without you having to baby them. That being said, it’s best to take charge when faced with any especially tricky bosses that the AI simply isn’t equipped to handle.

Once you've got all that down, you might feel the need to take some screenshots to commemorate your victories using the advanced camera mode. Much like the combat and controls, the camera mode is surprisingly deep, though still easy to understand.

3
Leveling up and questing

MU Origin 2’s quests are all balanced for specific levels, so you might occasionally feel the need to grind before progressing further in the story. Quests are by far the best way to level up, offering the largest amount of EXP, though switching to auto-play and sending your character to fight some hordes can also be quite lucrative.

Grinding is never a necessity thanks to the sheer amount of optional side content, including event quests, daily quests, and tricky EXP dungeons.

Traversing the game’s stunning world can be a lot of fun once you find yourself a decent mount. Not only do they speed up travel times but they look really cool to boot. Exploration is also highly recommended at low levels – you never know what you might find out there.

If you discover anything particularly interesting on your travels, it'd be nice to capture the moment using the game's deep, though easy to understand, camera mode.

Being an MMORPG, PvP is a big part of the MU Origin 2 experience. Solo battles are intense and fast, though the group battles are where it really shines. In these large-scale skirmishes, you’ll be given special objectives that, when successfully completed, can turn the tide of battle.

On top of the guild-based battles, you’ll also be able to take part in special PvP events. Here, players will fight across a range of modes, including 1v1 duels, larger team events, and battle royale - like competitions.

Now that you know the basics, you’ll have no bother entering the world of MU Origin 2 and taking on its deadliest inhabitants. So head on over to the App Store or Google Play to download the game for free.