A brief history of video game censorship, bans, and regulation

From Death Race to Hatred

This week marks the release of a brand new Mortal Kombat game. A whole new opportunity to rip out a man's spleen and shatter his nose with your kneecap.

But did you know that Mortal Kombat holds an important place in the history of video game violence? It was instrumental in the creation of a US ratings system for games.

But it doesn't mean that everything was fine and dandy after the early 90s. The story of video games is peppered with boundry-pushing games that got banned or censored or edited or vilified by the media.

Here's a brief history of how the video games industry has tackled violent and sexual content, leading us right up to today when Google is rejecting Android games for being too gory. 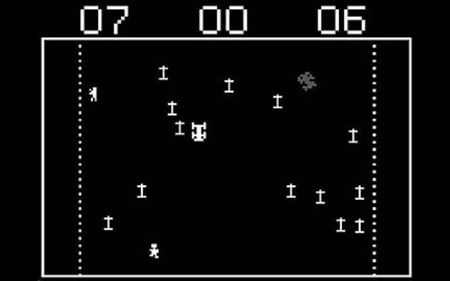 Arcade game Death Race - a movie adaptation about running over pixel art characters - was one of the first games to trigger moral panic in the US, with a manager of the National Safety Counsel calling the coin-op game "gross".

"I shudder to think of what will be next if this one is not defeated by public opinion," said the NSC's Gerald Dreissen. Oh Gerald, if only you knew. If only you knew. 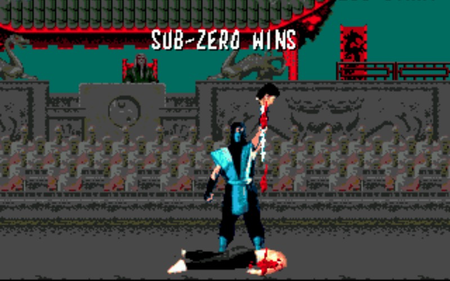 Two games shocked the US in 1992 - the gory beat 'em up Mortal Kombat and the weirdo horror game Night Trap, which had you spying on teenage girls in their undies (to save them from being murdered by vampires, naturally).

Self-censoring Nintendo made the blood green in the SNES port of Mortal Kombat, but the gory Mega Drive version caused a media storm. Night Trap received much criticism and was pulled from some store shelves in North America.

These two games sparked a a US Congressional hearing on video game violence, and senator Joe Lieberman threatened federal game regulation. As a result of this, the independent 'Entertainment Software Rating Board' (ESRB) popped up in 1994. 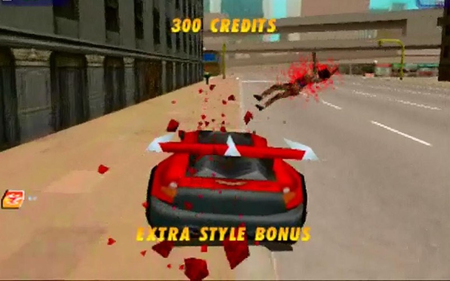 The spectre of Death Race returned in '97, when another game about running people over was released. Carmageddon was accepted in the US, but didn't go down well in Europe.

In Germany, the human pedestrians were replaced with zombies and robots that spill green blood and black oil when struck. And the game was temporarily banned by the BBFC in the UK, but the decision was appealed and eventually turned around. 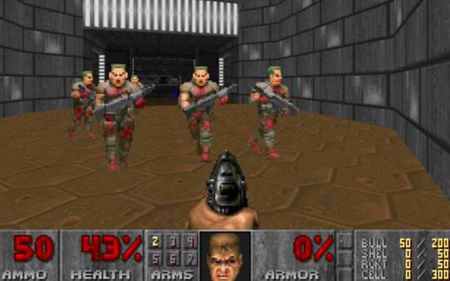 Bloody demon blaster Doom received its fair share of controversy on release in 1993, but it would get a whole new level of vilification in 1999 when it was revealed that the perpetrators of the Columbine High School massacre were fans of the game.

Video games have continued to be linked to mass murders. Norwegian terrorist Anders Breivik told the court that he trained for his massacre of 69 people by playing Call of Duty, for example. 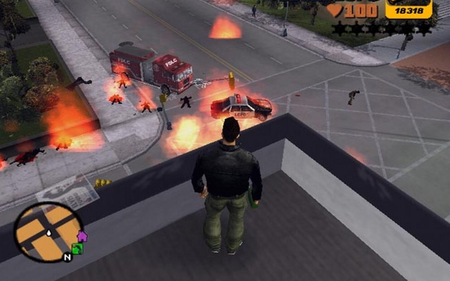 The Grand Theft Auto games has become poster children for moral outrage when it comes to video games. GTA III was banned in Australia, led to new age check policies in US shops, and attracted lawsuits from guys like Jack Thompson.

The game also saw self-censorship, as Rockstar delayed the game so it could neuter the game's only aeroplane to make it impossible to actually fly, so players couldn't recreate the recent 9/11 terrorist attack.

2004's follow-up San Andreas received even more criticism when it was found that a removed interactive sex mini-game could be accessed with mods and hacks. The game was re-rated by the ESRB, pulled from store shelves, recalled, and patched. Rockstar also lost a class action lawsuit. 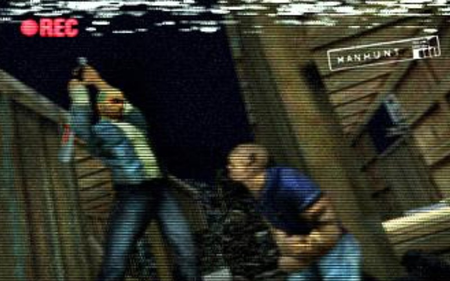 Rockstar's nihilistic murder sim Manhunt predictably caused consternation in the US, but shit got real in the UK when the game was linked to to the murder of Stefan Pakeerah, by his friend Warren Leblanc.

The game was removed from shelves in certain shops and a wrongful death claim was aimed at Sony and Rockstar. But the police officially denied any link between the game and the murder, and said the game had been found in Pakeerah's bedroom, not Leblanc's.

The sequel garnered it's fair share of controversy - especially the Wii version, which had you pantomiming attacks with the motion-sensitive controller. 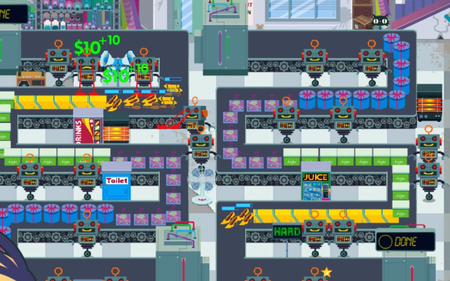 When Apple opened the iPhone's App Store in 2008, it soon realised that it would have to reject certain apps and games or face moral outcry and media attention.

One of the first high profile apps to get people riled up was a vile game about shaking your phone to kill a baby. People didn't like it so Apple pulled the game and said "This application was deeply offensive and should not have been approved for distribution on the App Store".

Apple has since made lots of controversial decisions about the content it will and won't allow on the App Store, rejecting games that satirise immigration, show pixel art bums, and gamify sweatshop lines.

More recently, it made the move to ensure App Store screenshots, icons, and preview videos were censored as well, leading to loopy images where people carried blurred out guns. 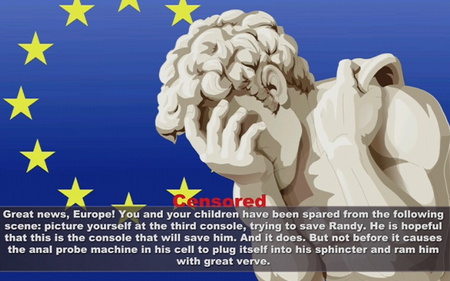 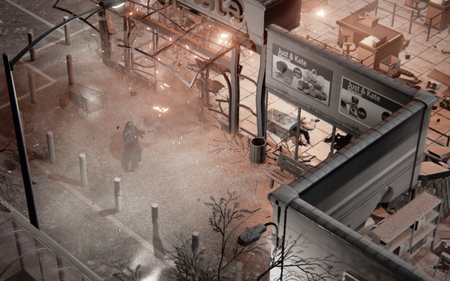 Valve boss Gabe Newell didn't agree with his team's decision though and reinstated the game on the platform. "It turns out that it wasn't a good decision, and we'll be putting Hatred back up," he said.