Satirical iPad game is removed from the App Store

According to UK developer Littleloud, Sweatshop HD is an iPad game that "challenged people to think about the origin of the clothes we buy".

But it has now been removed from Apple's online marketplace. Why? Well, because the App Store gatekeeper was "uncomfortable selling a game based around the theme of running a sweatshop".

Littleloud's game was a skewed spin on tower defence games, where you put together a production line to churn out designer shoes and baseball caps for brands like "CryMark".

But to keep costs down, it paid to ignore a few basic human rights, hire cheap labourers, and treat your underage workforce with only a modicum of respect.

If you can stomach the paralysing guilt of mistreating your virtual workers, you'll bring in cash and ace the level. 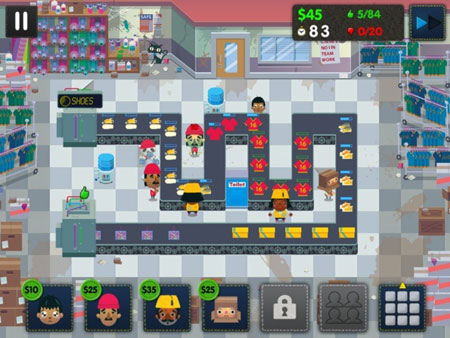 We called it a "superbly crafted combination of tower defence game and management sim that's consistently thought-provoking, yet never heavy-handed" in our PG Silver Award review.

The game was released in November 2012, but it was removed earlier this year.

Littleloud's head of games, Simon Parkin, told Pocket Gamer that "Apple removed Sweatshop from the App Store last month stating that it was uncomfortable selling a game based around the theme of running a sweatshop."

"Apple specifically cited references in the game to clothing factory managers 'blocking fire escapes', 'increasing work hours for labour', and issues around the child labour as reasons why the game was unsuitable for sale."

"Littleloud amended the app to clarify that Sweatshop is a work of fiction and was created with the fact-checking input of charity Labor Behind the Label, and to emphasise that the game doesn't force players to play the game in one way or another. Rather, Sweatshop is a sympathetic examination of the pressures that all participants in the sweatshop system endure."

"Sadly, these clarifications and changes weren't enough to see the game reinstated for sale."

So, if you want to experience it, you'll have to play the free Flash version.

Apple declined our offer to comment on the story. 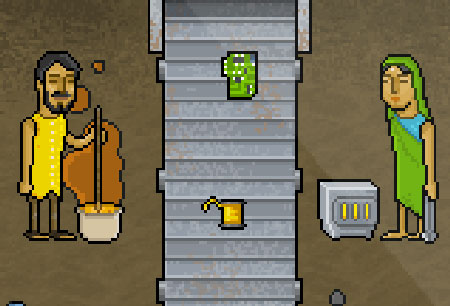 In Phone Story, Molleindustria depicted the seedy side of smartphone manufacturing, including sweatshop suicides and the harvesting of rare minerals in the war-torn Congo.

Apple pulled the game, saying it violated a number of App Store rules, most noteworthily clause 16.1 - "Apps that present excessively objectionable or crude content will be rejected."

There's also the case of In a Permanent Save State, an artistic game centred on "the spiritual afterlife" of overworked electronics labourers who had committed suicide.

It was removed by Apple for being in violation of that all-important clause 16.1. 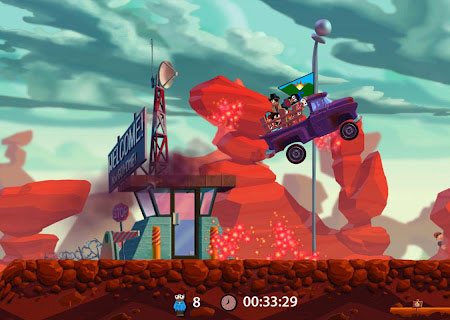 Other high-profile apps that have been removed or rejected by The Big A for promoting a controversial cause or highlighting a particularly sensitive issue include satirical border crossing game Smuggle Truck and civil war strategy game Endgame: Syria.

Apple actually speaks about this very issue in the App Store developer guidelines, where it says "we view apps different [sic] than books or songs, which we do not curate."

Games, Apple says, are not the place for social commentary or criticism.