Finish him! Or don't, because you're probably not going to get to do all that many fatalities in Mortal Kombat X on mobile.

It's not the greatest interpretation of the series, and while there's the odd splurge of gore, getting to the really meaty killing moves takes time and effort.

But fear not, we've got some tips and tricks for you that should make getting to the head-explodey, laser-arm-slicing gib-fests that little bit easier.

Or at least that little bit more entertaining.

Tap the screen to punch people in the face. Swipe the screen when it tells you to. That's pretty much it. The rhythm of the game is focused on mashing the screen until your special moves fill up, then utilising them to do maximum damage.

Remember that when your team mates aren't on screen, they're recovering health and building up their own special moves, so it's entirely possible to tag out and have a fully-powered special ready and raring to go. 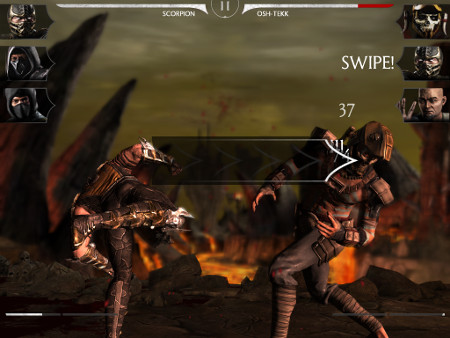 Use your guest fighter wisely as well. Always scroll down the list when you're picking them, and make sure you're getting the one that's going to do the most damage. Don't waste them on enemies with low health either.

Aim to use them when you're fighting a foe at somewhere around half health. Odds are that you're going to kill them outright.

Lead from the front

To begin with, your team of fighters isn't going to be particularly impressive, but it's likely you're going to have at least one main character from the series in your roster. You should use them as your main attacker.

Stick them first in your team line-up, and only swap out if it looks like they're taking too much of a beating. Use your second and third fighters, at least to begin with, as violence sponges that give your main time to heal. 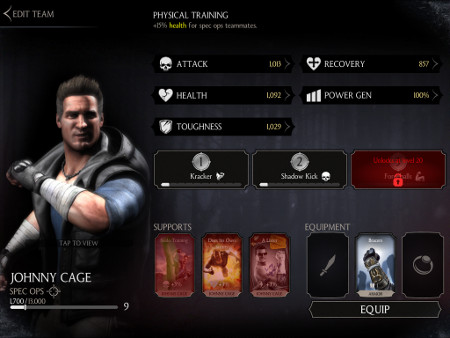 In towers when you're given a guest character to play as, you've got a couple of options. You can either swap your main to position two or three so they still receive some XP, or use the chance to toughen up your other characters.

If you do play around with your line-ups, remember that it's always the first character who gets to do the test-your-strength tappy challenges, and you probably don't want to be taking a second stringer into those.

The first time you run out of energy with your main team you've got a couple of options. The best one is not to spend any currency on filling those bars back up, and instead concentrate on building up a second team of fighters.

By that point you should have earned enough cards to create another semi-decent group of scrappers. One named character, and a couple of grunts who are basically just there for the ride. 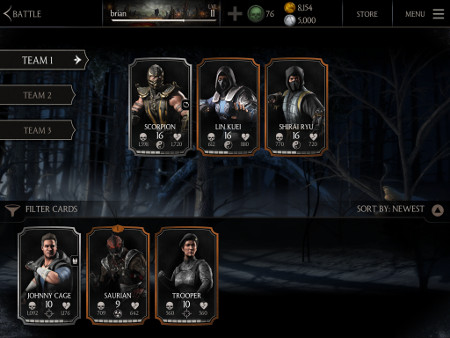 Obviously they're all going to be low level, so you're going to have to go back to the towers you've already completed and grind your way through them again to get everyone back up to speed.

The benefits of this are pretty obvious. It might take a while, but when you get caught up with your main team you're going to be left with two named characters of a similar level, which gives you far more offensive options.

You get three challenges a day, and the chance to swap one of them out if it's unlikely you're going to complete it. You need to finish all three of them to get any of the rewards though.

It's worth keeping a few cards in reserve for these, as a lot of them revolve around finishing fights with multiple fighters of the same class. 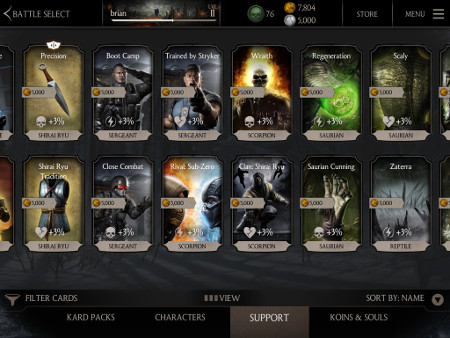 One of the things the game doesn't explain very well is its equipment and upgrade system. These are pretty important parts of building up an impressive team.

You'll get equipment cards as rewards, and you can buy them in card packs as well. The buffs and boosts are in their own menu though, and you might not find it if you don't know where to look.

Hit the Store button, then tap Support at the bottom and you'll find a bunch of cards you can add to your collection. Look at them carefully, figure out what the benefits are for your team, and spend wisely.

It's cheaper than buying packs of cards, and while it doesn't give you as much of an edge, you'll get more of a boost than if you don't do anything.

Learn what your special moves do, and use them to your advantage. Some will suck power out of your enemies, meaning they can't use their own super moves as often. Others will stun, poison, or cut your opponents.

Remember how to do your special moves too. It's no good if a rapid swipe command takes you by surprise. You can take your time with the combo swipes though, you've got a pretty big window to get them in. 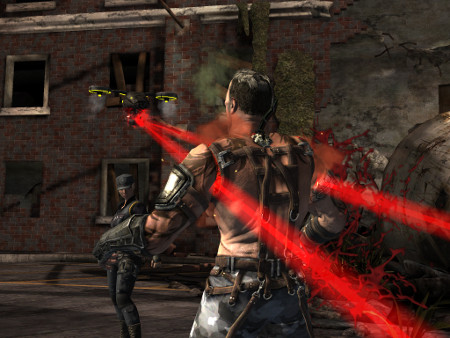 And remember to read the description before a fight. It'll tell you if your opponents have any special buffs or boosts, and gives you a chance to shuffle your team accordingly.