Moonlight Sculptor is an upcoming MMOPRG from Kakao Games, the developer behind ArcheAge. It is now available to pre-register globally. Previously, the game was soft-launched in South Korea, Taiwan, Hong Kong, and Macao. The game is currently available for pre-registration on Android devices but it also heading for iOS.

The story of the game is entirely based on the popular novel, The Legendary Moonlight Sculptor. It derives all the characters and follows the story but, allows the player to modify it as well.

Find your favourite character by choosing from the six classes featured. Each class has its own stats and skills and the effectiveness depends on how you use them. The Alchemist, Archer, Mage, Paladin, Warrior, and Sculptor are the six classes the game allows you to choose from.

Enter various tournaments during the weekends and become the champion to claim some exclusive rewards. Enter random dungeons and defeat the bosses to get more EXP points and other rewards. 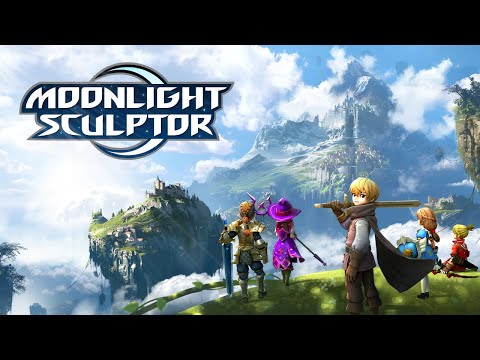 When you're not slaying the monsters, showcase your creativity by decorating your home and cook new dishes in your spare time. In addition, travel with your own pet as the game allows you to have one as a companion.

The game even allows you to continue your journey when you’re offline. The new Sleep Mode pilots your character whenever you're away. With this, you can collect plenty of precious loot and EXP while being AFK.

The game will also hold some special rewards for the players who have pre-registered their interest. After reaching a certain number of pre-registrations the rewards for each milestone are as follows:

Moonlight Sculptor is now available to pre-register on Google Play with the App Store link coming soon. It will be a free-to-play game with in-app purchases.

Looking for more of the very best RPGs to play on your phone? Here are 25 of the best available on iPhone and iPad
Next Up :
Rebel Riders is a new PvP action game from King, currently playtesting in select countries for Android