Well, this is a bit of a bolt from the blue.

Entitled Monster Hunter Frontier G, the game is a port of a subscription-based multiplayer PC game that first came out in 2007.

Since then, it's been ported to Xbox 360. Earlier in the year, Capcom also announced the game would be heading to Wii U and PS3.

Well, now, Capcom has confirmed that there's going to be a PS Vita version, too. 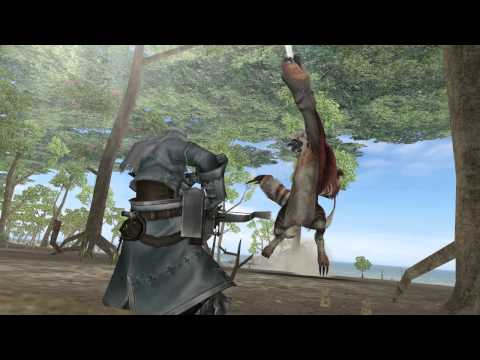 It won't be the full Monster Hunter Frontier G experience on Vita, mind. You'll only be able to play select worlds from the PS3 version, and there will be a data transfer option between the two consoles.

On top of all that, you'll need a subscription to play the game, making Monster Hunter Frontier G a likely prospect for only the hardiest Monster Hunter fans.

There's no word yet on whether or not Monster Hunter Frontier G will be hitting Western shores, but we'd be happy to bet someone else's house against it ever turning up at your local GAME.

Still, it's good to see Capcom has backtracked on the whole 'no plans' for a Vita Monster Hunter statement it made earlier in the year. And, hopefully, Monster Hunter Frontier G can pave the way for a core Monster Hunter title on Sony's handheld.