I have to confess something. Before today, I had no idea what Monolisk was. There are a lot of mobile games out there, and I heard that this one was an RPG where you collect cards. Like, hey, that's no bad thing, but it's hardly the most imaginative or inspiring pitch I've heard.

But then I played it, and oh boy, Monolisk is actually very, very cool. We've been begging for a fascinating creation game on mobile for the longest time, something in the vein of Nintendo's Super Mario Maker franchise, and up until now, we've sadly had very little. But Monolisk changes all of that.

Monolisk is a free to play dungeon creator where you can control a small hero and guide them through a variety of challenges, either those created by other players online, by the developer, or you can play through that which you create by yourself.

Admittedly, Monolisk's creation tools are a bit limited at first - you are hamstrung by the cards you draw from gacha-like packs - but once you've got enough to start getting creative with stages, there's a lot to love here. 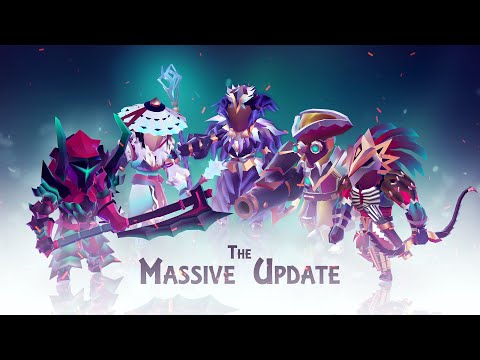 The glory of a game like Super Mario Maker comes from one of two places. It's either in the joy of creation, or the glory of victory, and it can provide near-limitless amounts of both. Monolisk is exactly the same in this respect, you can create until your eyes bleed, and you can play until your thumbs fall off.

I'm convinced that Monolisk is the closest thing we'll ever get to a Zelda Maker. Fans have been clamouring for a Zelda Maker ever since Nintendo introduced the concept of making your own game stages, and while they dabbled with it somewhat in the Link's Awakening remake, it just wasn't what fans were hoping for. Monolisk is much better.

Here you'll be using your mobile phone touch screen to draw the stage in place, laying out the paths you'll take, where chests can be found, where enemies will spawn, what kind of flooring you'll be walking over, everything. You can totally remove the entirety of the default level you're given, and completely craft something new. It's fun and refreshing.

But if there's an issue, it has to be with those aforementioned cards. In fairness, I think it's a smart way to monetise the game. This way you can still have plenty of people jumping into Monolisk's ecosystem, trying their best to play through stages, and the hardcore creators won't mind dropping a little bit of money every now and then to keep getting the most out of their creations. 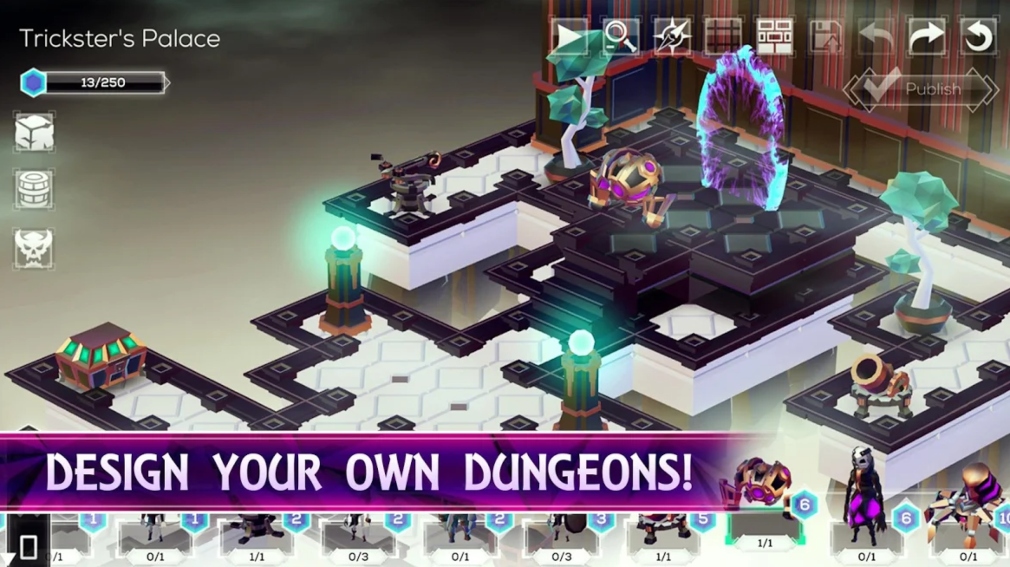 And it keeps getting better. Just over a week ago, Monolisk got a massive update, literally called The Massive Update. It added loads more cards to the game allowing players to spawn new enemies and environments, in addition to more small features.

What might be the biggest change though is the Campaign feature, which has been added since launch. Using this, creators can link together several of their smaller stages and introduce a real storyline to their games. This is something the Super Mario Maker community was begging for since it launched on the Wii U, and any creators reading this will know how valuable a simple feature like that can be.

But I, personally, am not crazy about creating, whether it's Mario Maker or Monolisk. I just want quality content delivered directly to me, and luckily Monolisk doesn't treat Heroes, those who just want to play the game, with any kind of disdain. You can just be a hero, play through stages and campaigns, and enjoy the game, thanks to loads of armour you can earn and upgrade over the course of playing the game.

It's shockingly fully-featured, looks good, and plays well, if not perfectly. For many, tapping on a screen isn't the ideal way to navigate a dungeon, but Monolisk does an excellent job throughout. This might not be a high-intensity combat game, but if you're looking for some free dungeon crawling and some light storytelling, this is the place to go.