Developer Imagineer has announced its latest endeavour, a project that is collaborating with popular Japanese brand Sanrio. Miracle Match is an upcoming asymmetrical PvP multiplayer game that will be coming to Japan first and features a ton of popular Sanrio characters and some very interesting mechanics.

No, you did not read that wrong. Judging based on the name, you might have thought that Miracle Match was going to be a match-3 puzzler, like so many other titles that are massively popular right now. But instead, Miracle Match is actually a 6v1 asymmetrical multiplayer action game. It’s still just as adorable, as expected of a Sanrio, and the way in which they made it in this genre is actually quite endearing.

See, Miracle Match is not a horror murder simulator like the popular mobile asymmetrical PvP game Dead By Daylight but is instead basing the gameplay around simply playing tag with all your Sanrio friends. Players will choose to play as a Hunter or Challenger. The Hunter’s role is to tag all the Challengers within a predetermined time, and the Challengers are meant to run away. It’s all very simple and adds up to what looks like an adorable time. 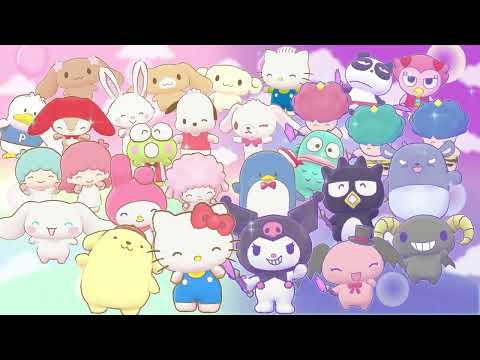 In case the brand name Sanrio isn’t ringing any bells, you’ll surely recognize a few faces from the bunch such as Hello Kitty or Kuromi. Given how massive of a name they have become both in Japan and everywhere else, it’s hardly surprising to see them branch out and make such an interesting game.

If you’re a fan of asymmetrical PvP games, or just enjoy the Sanrio brand like so many others, you can pre-register for the title right now on Google Play and the App Store before it launches in Japan this June. There are a few pre-reg rewards up for grabs as well, so be sure to sign up for them before you lose the chance. For the rest of us not located in Japan, there's been no news on a global release yet, but stay tuned to the Miracle Match website for any updates.

Looking for some more kid-friendly games for your phone or tablet? Check out our Top 10 best family games on iOS!
Next Up :
Fantasy Town, the anticipated farming adventure game, soft launches in Spain and Nordic countries