Fight alongside the monsters you collect in new RPG Minimon Masters, out on Android

But, yeah, it's a monster-collecting RPG so it should be familiar to anyone who's played a Pokémon game before.

However, unlike Pokémon, the Minimons don't fight for you, but alongside you. In fact, this isn't a turn-based RPG - it's a hack-'n'-slasher.

It has 80 types of hero and 240 different Minimon to collect across its five worlds.

It also have a few different game modes: Adventure, Envoy's Story (learn about the main character), and Arena (battle against online players). 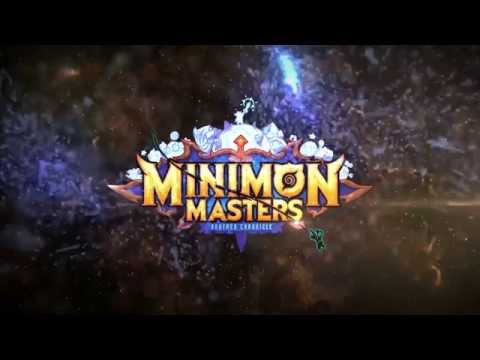 It also has Raid Festivals in which you fight against various bosses and compete on leaderboards. Plus, the Tower of Heroes has 31 increasingly tough floors that each offer a reward when beat.

Lastly, Minimon Masters has a housing system. You can earn items for your house by playing the game or by purchasing them in the store.

Minimon Masters is now available worldwide on Google Play. An iOS version will be coming in the coming weeks.
Next Up :
Artery Gear: Fusion launches global pre-registration sign-ups with tons of milestone rewards