Once again, Minecraft Pocket Edition is getting an enormous new update that will add loads of fresh features to the game.

The update will be released for iOS and Android soon but we've been playing with the Alpha build on Android today. Here's absolutely everything new in this upcoming update. 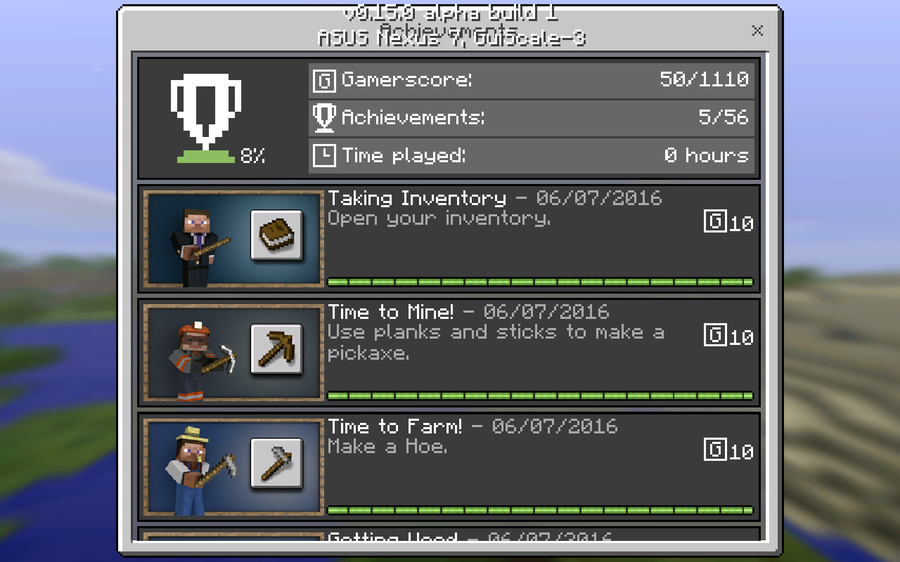 No longer will you have to play Minecraft: Pocket Edition for the sheer fun of it. For the mere thrill of experiencing a good video game. Now you can play for imaginary points!

The new achievements system - run through Xbox Live - will give you gamerscore if you tame a horse, cure a zombie villager, make a furnace, or cook a pork chop. The precious points end up on your Xbox Live profile, alongside other versions of Minecraft. 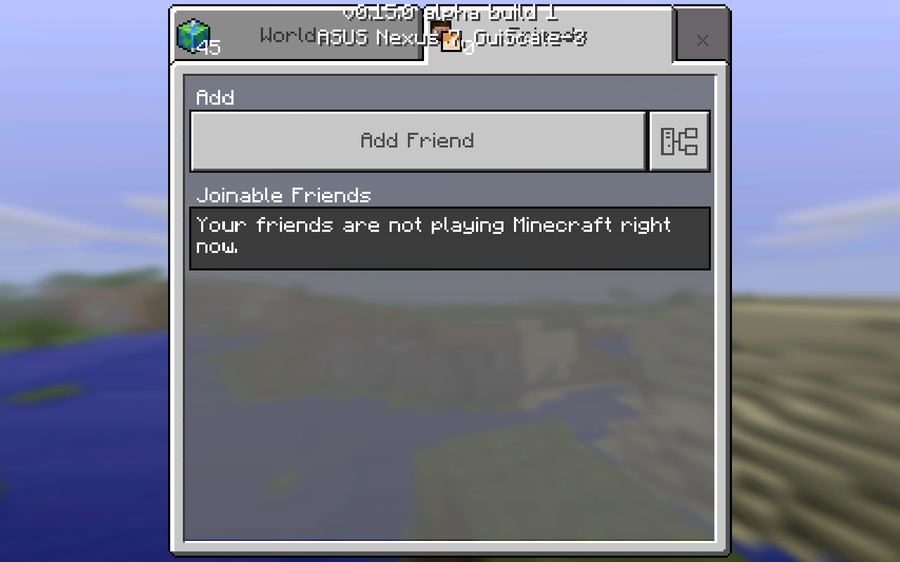 Minecraft's had online multiplayer for a while now, if you've got the smarts and patience to set up a dedicated server. And you can still do that in 0.15.

But that headache should be a thing of the past now, as Xbox Live multiplayer will let you invite friends into your game world with a push of a button. We haven't had a chance to test it yet, but we'll look into it closer to launch. 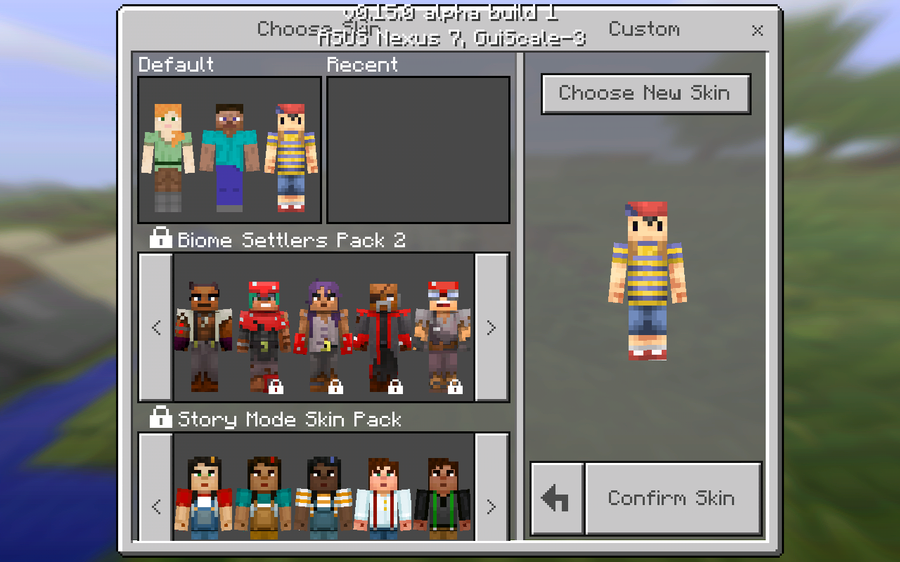 Some menus in the game have been given a lick of paint. The list of maps and the skin selector interfaces have both been given a spiffy makeover. Hooray. 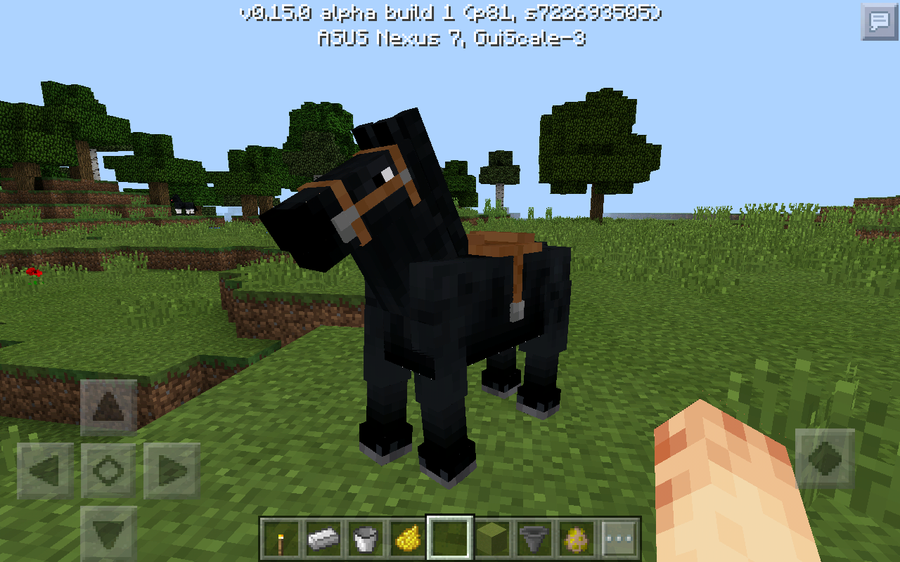 Okay, now onto the important stuff. Horses are new mobs that you can ride to let you explore the blocky world of Minecraft at tremendous speed. The horse can also jump much higher than the player.

Horses spawn in plains and savannas in lots of different colours, and sometimes spawn as donkeys. if you breed a donkey with a horse you'll get a mule and plenty of funny looks. Horses can also get hit by lightning and become skeletal horses.

But why would you want to do that when you can tame a horse by riding it multiple times until it stops kicking you off, and shows hearts. Aww. 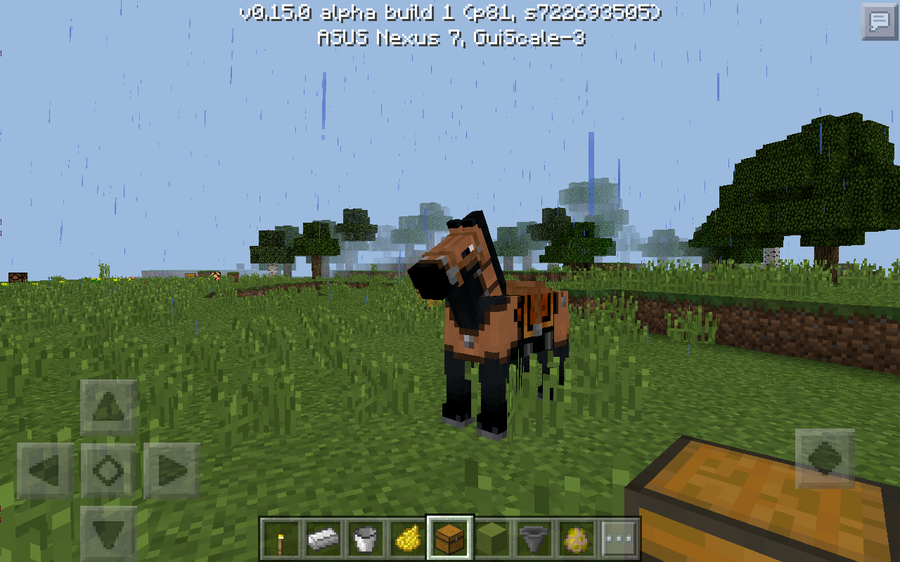 You can then give the horse a saddle so you can control where it goes when riding the horse. Horses can also be given armour (in leather, iron, gold, or diamond) to increase their health. 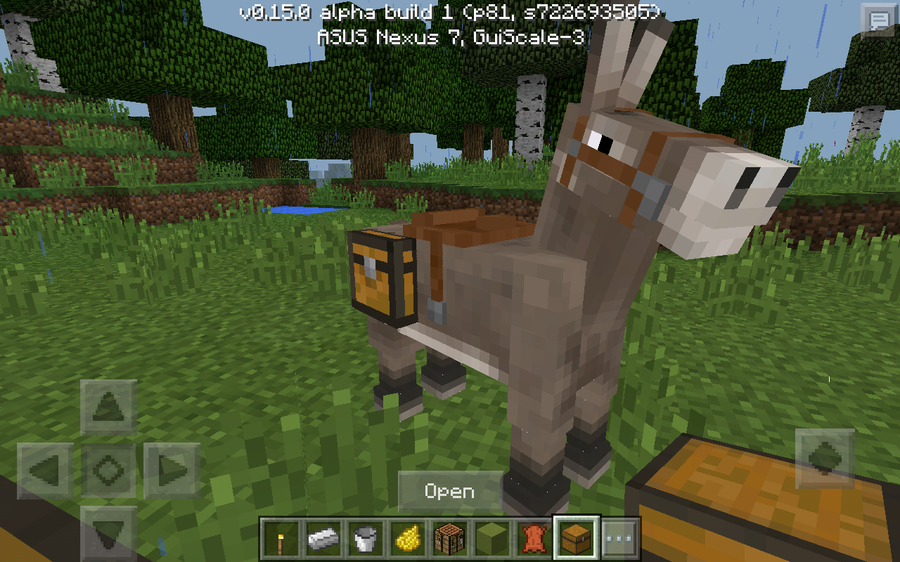 And donkeys can be given chests to let you carry more items but we can't figure out how that works just yet. 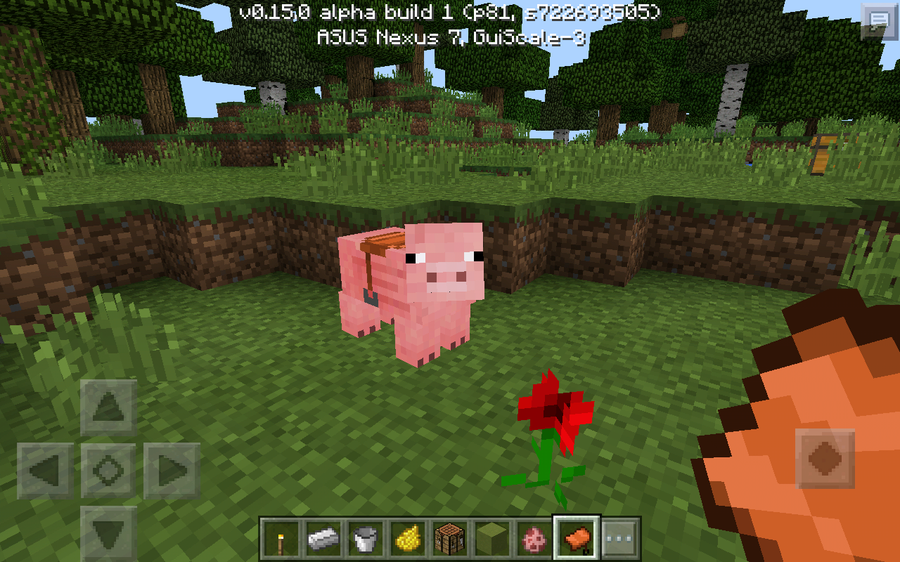 Speaking of saddles, you can now use them on pigs to turn these porky pals into a rideable animal

You can't control the pig unless you make a carrot on a stick and then equip it. The pig will now go wherever the carrot is facing, and you can press "Boost" to get some extra speed. 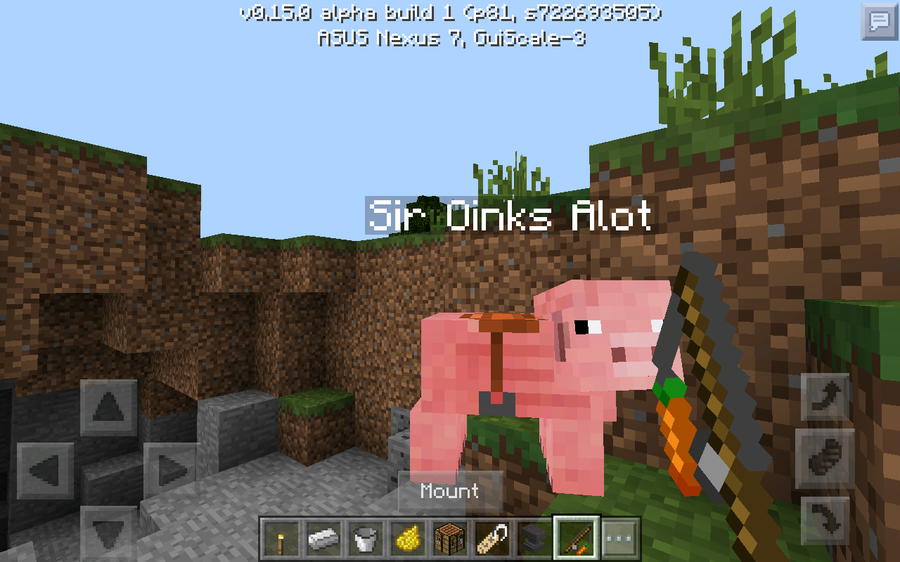 Also, the new name tag item lets you give an animal a name, and stops it from despawning in the world, so you can keep pets in your garden.

Name tags can't be crafted: they must be found in dungeon chests, while fishing, or from villagers (that's in the PC edition: it may be different in MCPE).

To use a name tag you must first give it a name on an anvil. Then you can apply it to a mob with the "Name" button that shows up. 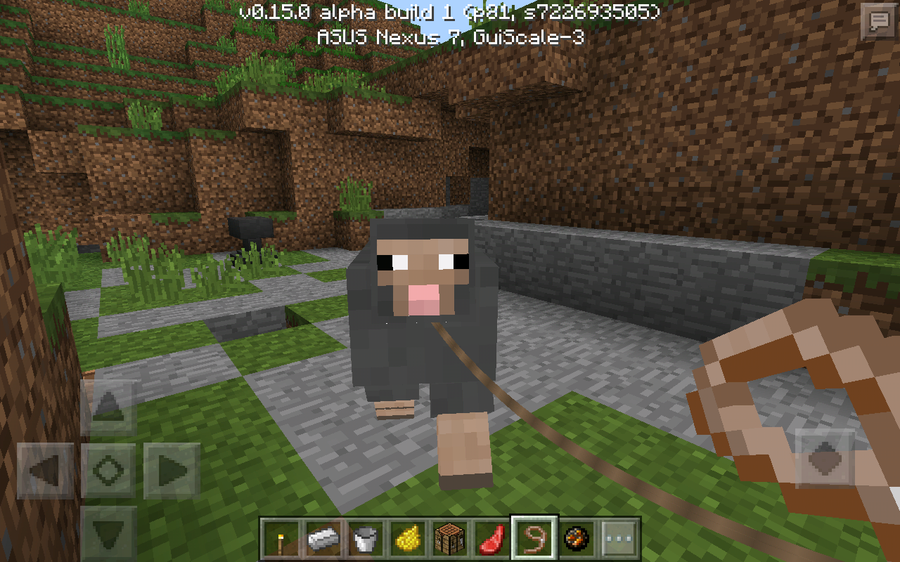 This items is used to leash a mob (anything other than a villager, an enemy, a bat, or another player) and then move it around the world map. A lead is made from one slimeball and four string. 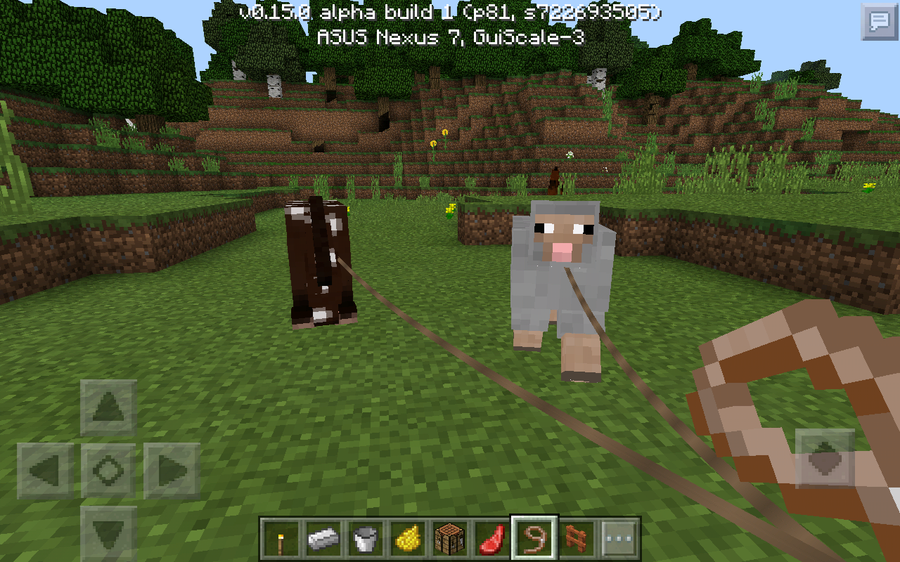 You can leash multiple animals at once (but you'll need one leash for each mob) and if you hit a fence while holding an animal on a leash, the animal will be tied to the fence. Stay there, you wooly wally. 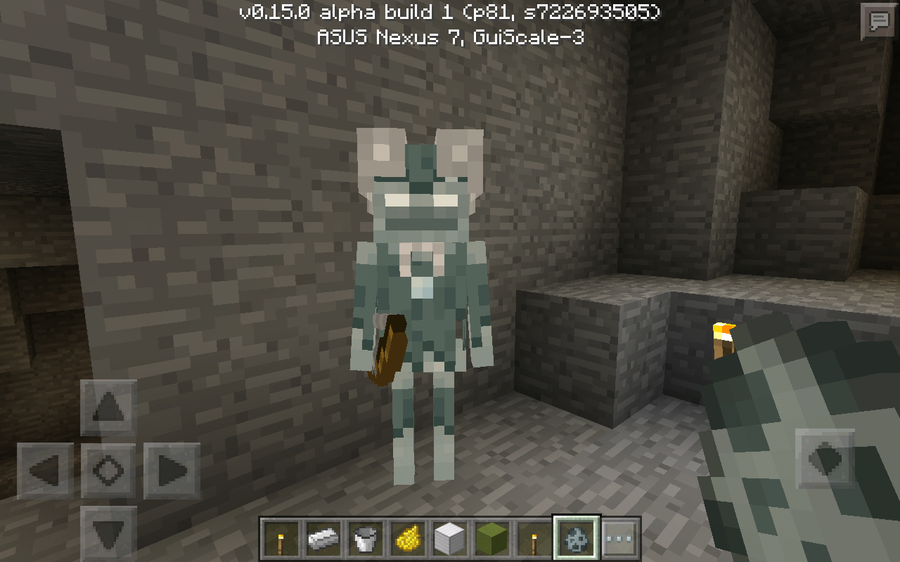 Skeletons that spawn in the ice plains, ice mountains, and ice spikes biomes now have a high chance of being Strays. They're very similar to skeletons, except they shoot tipped arrows that inflict slowness on you for 30 seconds.

They'll sometimes spawn riding on spiders, and sometimes wear armour that make them harder to kill. 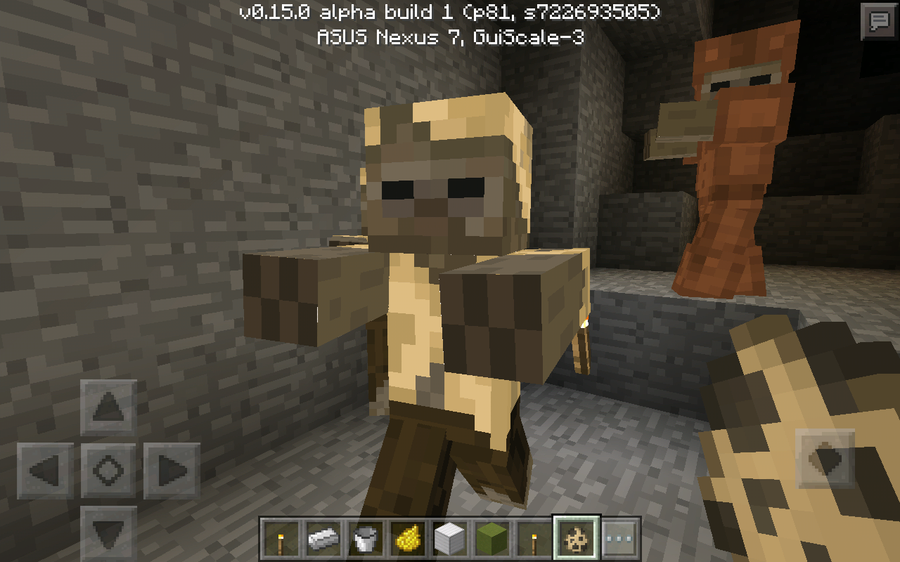 Zombies that spawn in the desert, desert hills, and desert M biomes will now have a high chance of being Husks. They're basically the same except they they do not burn in sunlight and will apply the hunger effect to any player they hit.

Husks can spawn wearing armour, riding on chickens, or as babies. 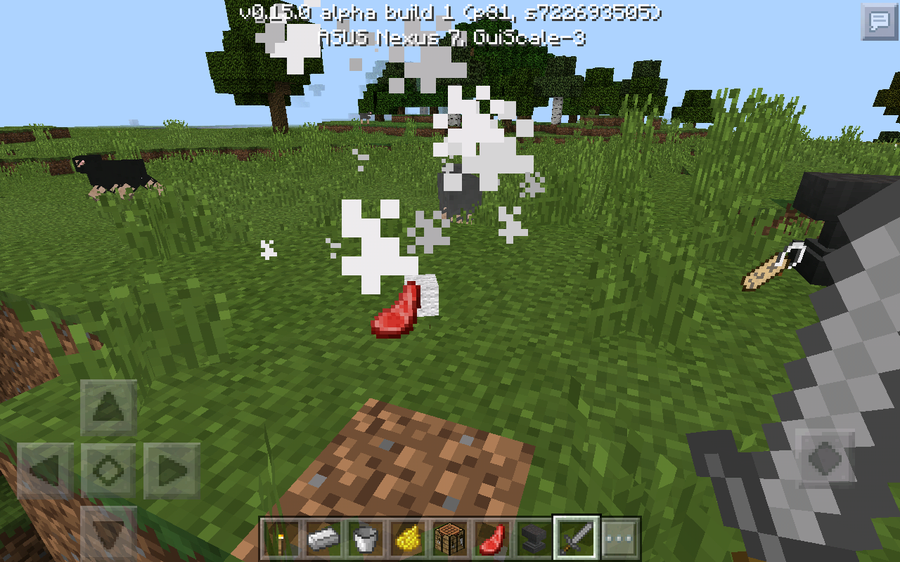 You know how cows, rabbits, pigs, and chicken all drop meat that you can eat or cook? Now, sheep too drop meat. It's called mutton and it can be cooked to give you a nice boost to your hunger meter. 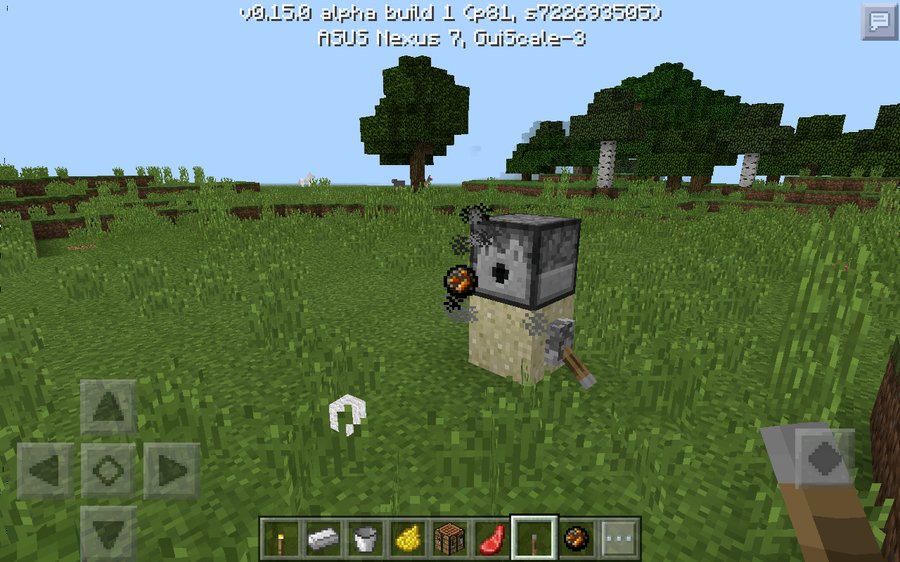 These are like cannonballs, that can be shot out of dispensers. They get fired out and set fire to anything they hit - such as TNT. It's a good way to make a nasty booby trap to protect your stuff. 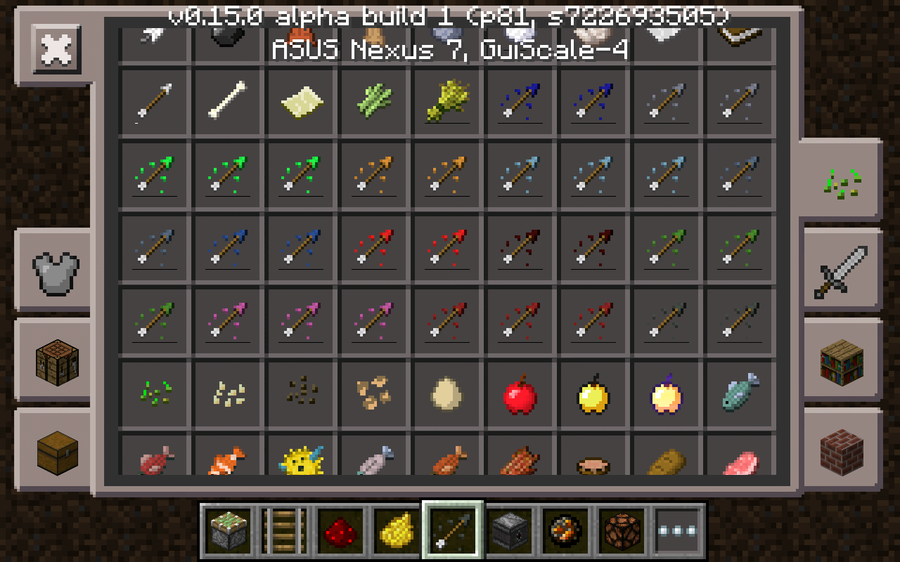 Fill up a cauldron with a potion, then use an arrow in that potion to turn it into a tipped one. This will now apply that status effect to any mob you hit with the arrow.

The status effect will be the same, but it won't last quite as long as a splash potion. 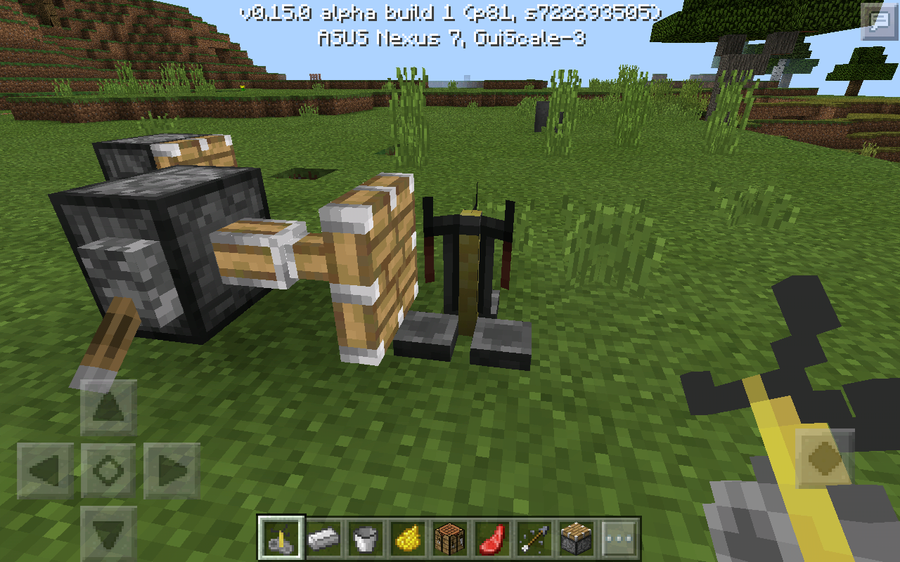 A piston is a redstone device that, when powered, will push out and shove any block or item in front of it. The piston can push up to 12 blocks in a line.

It's crafted from four cobblestone blocks, some redstone, an iron ingot, and three wooden planks of any kind. 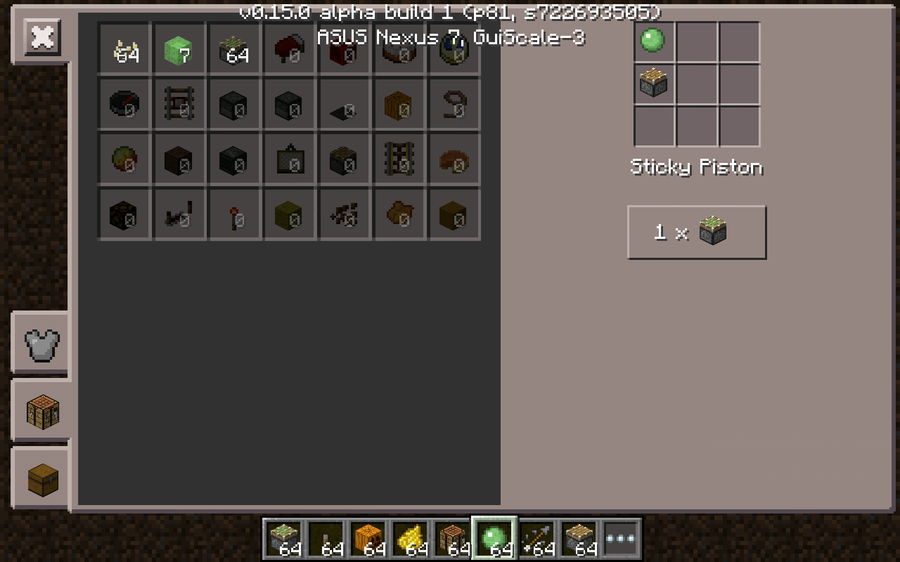 You can also craft a sticky piston using a piston a slimeball. With this, the piston can push blocks as normal but also pull blocks towards itself when the sticky piston head retracts

Exclusive to Pocket Edition is the ability to attach a lever directly to a piston, and for a piston to push a "block entity", which basically means a special block like the chest, jukebox, or hopper.

And finally, the observer is a new redstone power source that fires out a redstone signal whenever the block directly in front appears, disappears, or changes. 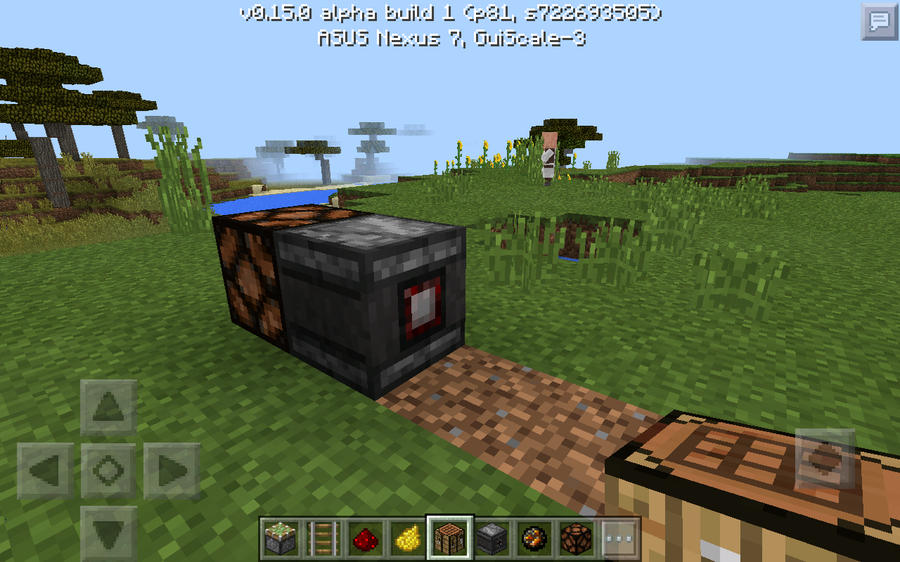 The observer has two sides: this silver pad is the input, and it looks at whatever block is placed in front of this pad. 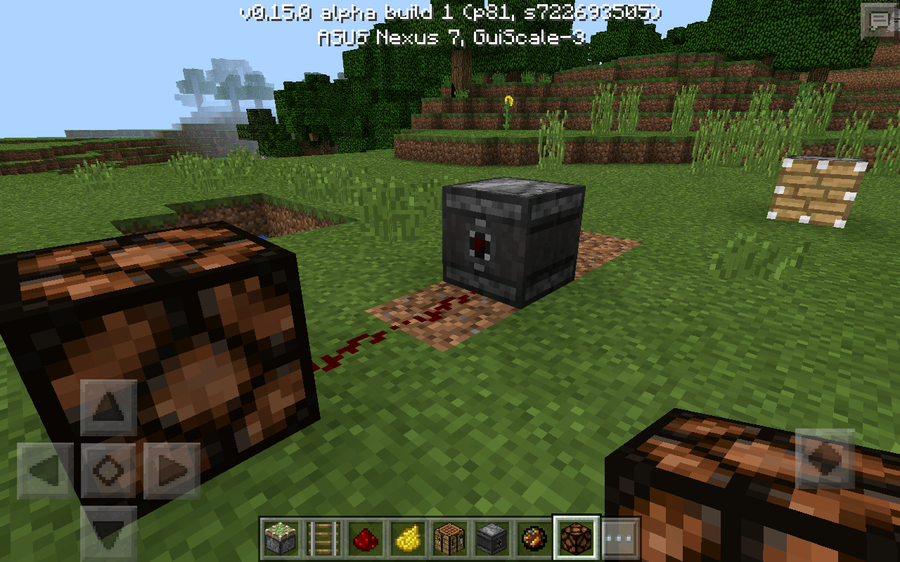 The other side is the output. This is where the redstone spark appears.

The redstone signal is incredibly short lived, but can be useful for setting off a piston or a dispenser. And the observer can see things like a chest receiving an item, a sugar cane growing, or a furnace finishing its cook. Handy!