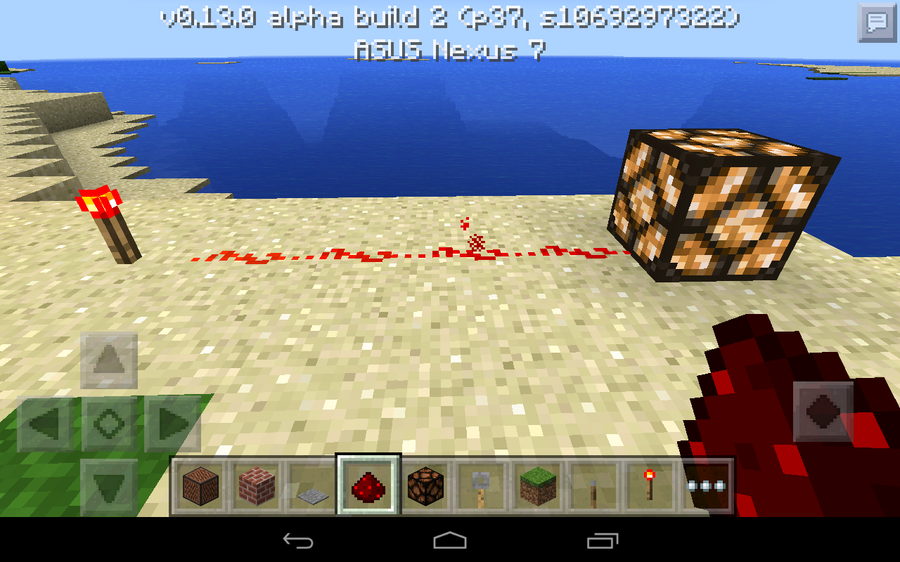 The long-awaited redstone update for Minecraft's mobile edition is now available as a free update, on the iOS App Store. The Android version of the game will be updated to match very soon.

Redstone is the blocky world-builder's equivalent to electricity, allowing you to wire-up powered contraptions. You could make a button that opens a door, a lever that switches on a powered minecart track, or a pressure plate that detonates a box of TNT.

We'll have a complete guide to this stuff, very soon.

The update also adds new types of doors, rabbits, desert temples, and a bunch of new skins in the Biome Settlers Pack.

Mojang is already teasing the next update to the game, noting that "the rest of the redstone functionality" - meaning repeaters, comparators, and everything else missing from this version - "is right around the corner".